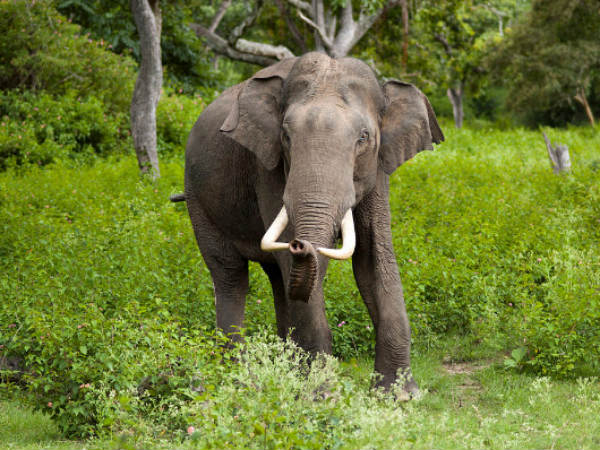 The transition from being a hunting ground for the Maharajas of Mysore to becoming one of the best wildlife reserves, Bandipur National Park has stood the test of time. Bandipur, deemed as one of the biggest habitats of wild elephants, is a must-visit destination.

Bandipur National Park is blessed by the Western Ghats and the rich biodiversity which serves as a home to many wild animals. Thanks to the efforts of the Karnataka Forest Department, today it is one of the top wildlife destinations in Karnataka.

Dense forest, abundant wildlife and picturesque landscapes are a visual delight. So, what is better than a photo tour to explore this amazing place?

Bandipur National Park was declared as a Tiger Reserve in the year 1974.

Bandipur National Park is located in Gundlupet of Chamarajanagar District of Karnataka. Bandipur is around 78 km from the city of Mysore.

Bandipur National Park comprises of varieties of vegetation like moist deciduous forest, dry deciduous forests and shrublands. The Kabini river and the Moyar river are the major sources of water for the park.

Bandipur is a home to a number of wild animals like elephants, tigers, sloth bears, four-horned antelopes, dholes, jackals, etc.

November to February is the best time to visit Bandipur as the climate is pleasant and makes it easier to travel.

Bandipur National Park is one of the best weekend getaways from Bangalore. It is around 220 km from the city of Bangalore.

Mysore, BR Hills, Malai Mahadeshwara Temple, Srirangapatna and Mudumalai National Park are some of the top places to visit near Bandipur National Park.

The NH-212 and NH-67 which pass through Bandipur National Park pose as one of the major threats as many speeding vehicles have killed wild animals passing by. Farming around the national park has resulted in elephants showing up in the nearby villages. These are posing as threats to Bandipur National Park.

Comments
Read more about: wildlife karnataka
Other articles published on Jan 24, 2017
We use cookies to ensure that we give you the best experience on our website. This includes cookies from third party social media websites and ad networks. Such third party cookies may track your use on Nativeplanet sites for better rendering. Our partners use cookies to ensure we show you advertising that is relevant to you. If you continue without changing your settings, we'll assume that you are happy to receive all cookies on Nativeplanet website. However, you can change your cookie settings at any time. Learn more
Change Settings Continue