Om Banna Temple – Where A Royal Enfield Bullet Is Worshipped 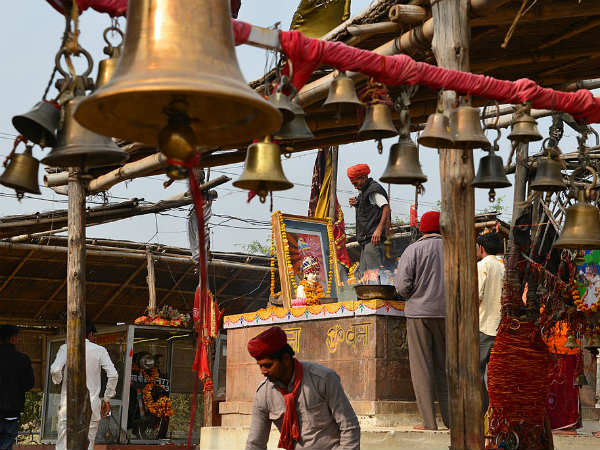 Even though Rajasthan is popular as the state of forts and palaces, it wouldn't be wrong to call it the land of unusual temples, considering the fact that it is home to some of the most unconventional temples in the country. Have you ever been to any such place in Rajasthan? If not, but would certainly love to witness such places, then you must plan a tour of Om Banna Temple in Pali this season. This temple is unique in many ways. Let's move ahead and learn in detail about this strange temple, its history and formation and how to reach it.

Located in Rajasthan, it experiences an extreme type of climate, and hence the summers are very hot here. Therefore, a visit to Om Banna Temple during the summer season is never an option for tourists. The best time to visit it is from September until the end of March when the climate is cool and pleasant enough to explore its beauty comfortably.

The History And Formation Of Om Banna Temple

Located in the Pali district of Rajasthan, Om Banna Temple is a small shrine dedicated to Om Singh Rathore, a Rajput Thakur, and his bike 350cc Royal Enfield Bullet. As per local legends, once Om Singh Rathore was travelling to Chotila on his bike when lost control and hit a nearby tree. He died on the spot.

When locals came to know about it, they built a temple dedicated to Om Banna and started worshipping the bike. Since then, it is also known as Bullet Baba Temple. It is believed that whoever gets the blessings of Om Banna in this temple never encounter deadly accidents in their lives. People come here everyday and offer incense sticks, sweets, bangles, scarves and flowers.

Why You Should Visit Om Banna Temple

Doesn't the story of Om Singh Rathore and his bike interest you? If yes, then this strange temple should be your next destination this season. Apart from unravelling the detailed history of the temple, you can also mingle with locals of Rajasthan and learn about the Rajasthani culture and lifestyle. Other tourist places in the vicinity of Om Banna Temple include the historical monuments of Jodhpur and the other temples of Pali.

How To Reach Om Banna Temple

By Air: The nearest airport to Om Banna Temple is located in Jodhpur at a distance of around 53 km. Once you have reached Jodhpur, you can either hire a bus or catch a direct cab to the temple. It will take you an average time of 1 h to reach your destination from Jodhpur.

By Rail: If you desire to travel by rail, then you can take a direct train to Pali Junction and then from there, a bus or a cab to Om Banna Temple. The distance between the station and the temple is about 22 km.

By Road: Located in the vicinity of National Highway 62, Om Banna Temple is easily accessible by road.