Must-visit Places In Raichur In Karnataka 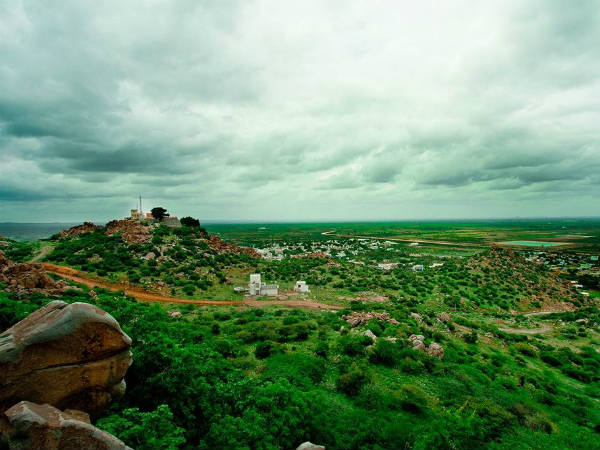 Nestled peacefully amid the beautiful space of Krishna and Tungabhadra rivers, Raichur is one of the significant cities in the state of Karnataka. The major reason behind its popularity amongst tourists lies in its historical significance and natural surroundings.

Even though the exact date of its outset is still unknown, it is believed to have been formed during the era before the Christ period as several inscriptions and ancient relics have been found during the excavation. Since its formation, it has been ruled by many different dynasties, ranging from the Mauryan Empire to the Mughals.

Today, Raichur is mostly famous for its fort and other ancient buildings. However, it is also a beautiful spot for nature lovers due to the presence of natural surroundings. It is located at a distance of about 400 km from Bangalore and is easily accessible by road. Following are the must-visit places in Raichur.

Raichur Fort is, unarguably, the most famous monument in the Raichur district. Located atop a hill, it overlooks the core settlement of the Raichur city. It is said to have been built by the Kakatiya dynasty and has been ruled by several dynasties, such as the Vijayanagara Empire, the Nizams and the Bahmanis. Even though the fort is in dilapidated condition today, it is still a wonderful place to learn about the history of Raichur. How about a historical trip to Raichur Fort this season?

Maski is a beautiful town of archaeological importance in the state of Karnataka and is located at a distance of about 80 km from the main city of Raichur. It is the place where a minor rock edict of Mauryan Emperor Ashoka was found.

Since its discovery, it has become one of the most visited places in Raichur by history lovers and historians. Apart from its historical importance, Maski is also known for its lush green surroundings which make this place a beautiful weekend getaway in the Raichur district. Wouldn't you love to explore such a gorgeous place?

Another beauty located in the Raichur district of Karnataka, Aam Talab Lake borders the core settlement of the Raichur city and hence, it has become a perfect destination to escape the hustling and bustling of the city for a serene and cool atmosphere.

You can spot hundreds of locals here everyday, taking a stroll in its peaceful environment and feeling the essence of calmness. A simple cool breeze flowing around Aam Talab Lake is all set to de-stress you. So, why not take a break at Aam Talab Lake and get lost in its tranquillity?

The charming beauty of this unusual mosque with a single minaret is certainly an entity to savour. So, how about planning a trip to Raichur this season and visiting its wonder standing in the form of Ek Minar Masjid?