Enjoying the Vistas of Chennakeshava Temple in Belur 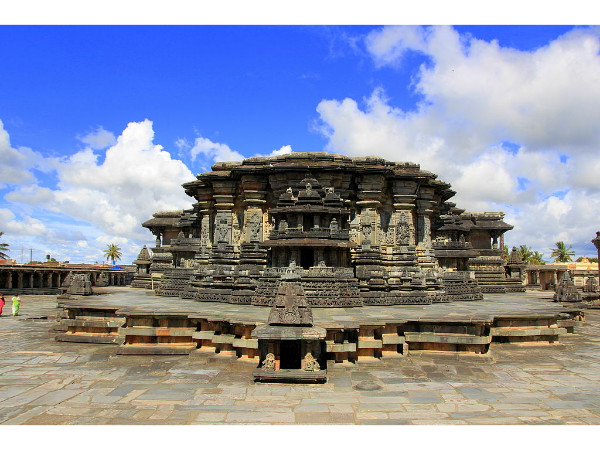 The rule of the Hoysala Empire had a great impact on Karnataka. Its rule from the 10th to the 14th centuries was marked by several architectural legacies that amaze us even to this day. Initially, Belur served as the capital of the Hoysala Empire and later it was shifted to Halebidu. Today, both these towns are some of the most beautiful historical sites in Karnataka.

Both Belur and Halebidu are known for the temples built during the Hoysala rule. Truly it is a bliss to explore these age-old temples that depict the richness of talent and grandeur of the dynasty. Among various architectures, the Chennakeshava Temple in Belur is one of the best temples in Karnataka belonging to those times.

The Chennakeshava Temple was built during the time of King Vishnuvardhana and it is dedicated to an avatar (form) of Lord Vishnu. Today, this temple has been proposed to be listed under the UNESCO World Heritage Sites. Isn't it interesting to explore this enchanting structure? Have a look at this photo tour of Chennakeshava Temple in Belur.

Belur is a town in the Hassan district of Karnataka. It is around 23 km from its twin town Halebidu.

Chennakeshava Temple is said to be built during the reign of King Vishnuvardhana in 1117 AD.

The presiding deity is Lord Chennakeshava (a form of Lord Vishnu).

The Chennakeshava Temple has an ekakuta vimana (single shrine) with three entrance doors. The shrine has a large vestibule that connects to the main hall (mantapa). Each of the entrances have the statues of doorkeepers (dwarapalakas). Overall, the temple is built using soapstone.

Belur is an all year round destination; however, the months from October to February are the best time to visit Belur.

How to Reach Belur

The Chennakeshava Temple is located around 40 km from Hassan. It is about 220 km from Bangalore to Belur.

By Bus: State Transport buses are available from all major cities like Bangalore, Mysore, Hassan, etc., to reach Belur.

By Tain: Hassan Railway Station is the nearest railway station.