Ancient Temples Of Palakkad That Must Not Be Missed 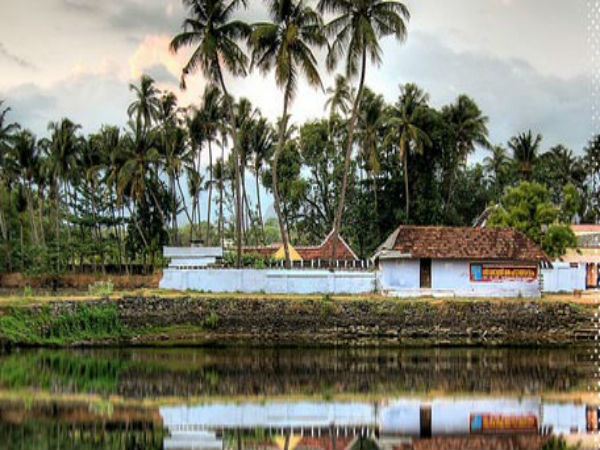 Palakkad is a leafy land which is enclosed by misty mountains and precious evergreen tropical forests and is home to beautiful rivers, rare birds and animals. This beautiful location indeed offers one of the best escapes from the otherwise humid climate of Kerala.

The green land of Palakkad is home to several historical monuments and ancient temples which offer tremendous hope to the region of becoming one of the most-visited tourist places in the state.The ancient temples here are surrounded by untouched hills and rich valleys which attract visitors from across the globe. Here is a list of some of the ancient shrines that one must definitely visit.

The residents of Palakkad hold this magnificent temple very close to their hearts. The Sri Vishalakshi Sametha Sri Vishwanatha Swamy Temple is well known for its unique architecture and design; the temple is also well known for its annual chariot festival which brings in visitors from across the country.

The Emoor Bhagavathy Temple is also known as the Hemambika Temple. This beautiful shrine is dedicated to Goddess Hemambika, according to legends, the goddess once decided to appear before her devotee by a pond.

She happened to witness a crowd gathering around which made her disappear immediately and people could only see two upraised hands.

One of the members in the crowd jumped into the pond and caught hold of the upraised hands which froze into stone and continues to be worshiped till date in the same form.

Considered as one of the oldest temples in the region, it is believed that this was the first temple to be consecrated by Prashurama around 4000 years ago. A very popular attraction, the shrine is visited by a large number of devotees and history buffs.

The temple has a very close association with the master carpenter Perumthachan; it is said that Perumthachan was on the course of wanderings after being mentally disturbed by the death of his son and came to Kumbidi and helped the workers in the rejuvenation work of the ancient shrine.

Believed to be more than 1000 years old, the Ayyappa Kavu Temple holds a very important place in the history books of the region. The shrine is also known as Malabar's Sabarimala and is a major Ayyappa Temple in Palakkad and its surrounding regions.

Apart from the main deity of Lord Ayyappa, one would come across a number of other shrines dedicated to the sub deities of Ganapathi, Navagrahas, Brahma Raksha and Nagaraja. The temple witnesses a large crowd during the Sabarimala pilgrimage season and is visited by devotees from across the country.

The Sri Ramapuram Vishnu Temple is one amongst the ancient temples to be found in Kerala. It was constructed by the Ramapuram Variath family about 600 odd years ago; the highlight of this temple is that the idol of the deity is installed in the Shadadhara Prathistha or open ground and it is very rare to come across such a shrine in Kerala.