Travel Guide to Ajanta and Ellora Caves In Aurangabad 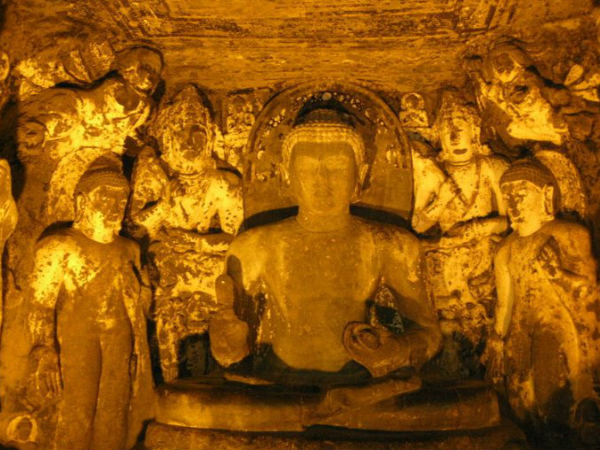 The Ajanta and Ellora Caves near Aurangabad in Maharashtra are perhaps the most visited caves in India. Here is a complete guide to these caves that boast of history and architecture dedicated to Hinduism, Jainism and Buddhism.

The Caves of Ajanta

Ajanta is a cluster of 20 caves that depict the different phases of Lord Buddha's life.

Each cave among the 29 caves narrate a different story. For more details into each cave, click here.

To the Caves of Ellora

Ellora is a group of 34 caves that include caves belonging to the Buddhist Group, Hindu Group and the Jain Group.

From Cave1 to Cave12 they are the Buddhist group of caves. The Cave12 is also the largest monastery in Maharashtra.

The Brahmanical Group of Caves are popularly called as the Hindu caves. These are from Cave13 to Cave 29.

Cave30 to Cave34 belong to the Jain Group of Caves. Cave30 resembles the Cave16 of the Hindu Group of Caves. However, the architecture seen here is nowhere close to the original Hindu cave.

Best Time to Visit the Caves

Any time can be chosen to visit these caves, but summers are generally a bit hot when compared to the other seasons. Ajanta and Ellora caves are one of the top 10 destinations to be visited in India.