Beguiling Facts About Kanyakumari That Describe Its Spellbinding Beauty 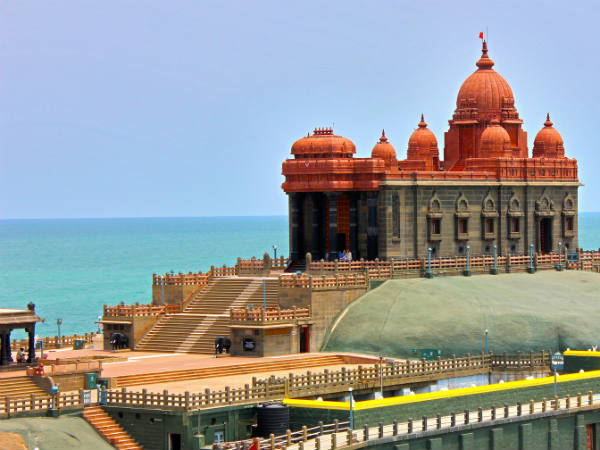 The southernmost part of Peninsular India, Kanyakumari is a tourist destination of great natural, historical and religious significance. On account of the presence of hills and valleys, it is popular amongst nature lovers and wildlife photographers and on account of the presence of ancient sites and religious places, it is popular amongst Hindu devotees and history lovers. Therefore, it wouldn't be wrong to say that Kanyakumari caters to the needs of every type of traveller and tourist. Well, do you know anything about the history of this beautiful town? Located in the state of Tamil Nadu, Kanyakumari has a history stretching back to the Sangam Period before the advent of the Common Era.

Over a period of time, it has been ruled by several dynasties ranging from the Cholas to the Pandyas. Today, Kanyakumari is a fast-developing tourism centre and is visited by millions of tourists every year. Following are certain facts about this age-old beautiful town which justify its grandeur.

1) Located At A Beautiful Conflux

Did you know that Kanyakumari is nestled wonderfully at the confluence of three oceans? Yes, it is the place where one can savour the beauty of the Bay of Bengal, the Arabian Sea and the Indian Ocean in a single frame.

Therefore, it is a popular destination amongst photographers and nature lovers. After all, you cannot find such a confluence everywhere in the world. So, doesn't that compel you to pick Kanyakumari as your next destination?

2) The Architectural Beauty Of Gandhi Memorial

Gandhi Memorial Mandapam is one of the most visited monuments in Kanyakumari and is the spot where the ashes of Mahatma Gandhi were kept before immersion. It is famous not only because of its historical significance but also on account of its architectural prominence.

Do you know that every 2nd October, the birthday of Mahatma Gandhi, the sunrays reflect exactly over the spot where his ashes were kept? Therefore, it is a popular spot amongst architecture enthusiasts.

Undoubtedly, Kanyakumari Temple, also known as Bhagavathy Amman Temple, is a highly revered pilgrimage site here and is visited by millions of tourists every year. To everyone's surprise, the temple dates back to 3000 years and is believed to be built by Lord Parshuram.

The temple is dedicated to Goddess Kanyakumari, a form of Goddess Parvati, and is one of the Shakti Peethas in the country. Therefore, it remains flooded with Hindu devotees throughout the year.

Well, this is something that will certainly interest you. Yes, the sand of Kanyakumari Beach bears different colours. As per local legends, it is believed that the remains, such as grains, from the unsuccessful wedding of Lord Shiva and Goddess Kanyakumari, turned into stones and sand when they were left unused. The presence of these grains is responsible for the multicoloured beach sand.

Ever heard of Marunthuvazh Malai? If not, then let us tell you that it is a hilly region on the outskirts of Kanyakumari which is said to be a home of lifesaving Ayurvedic plants. As per legends, it was dropped by Lord Hanuman when he was on his way with Sanjeevi Hill to cure the unconscious Lord Lakshman. Therefore, it is considered as a part of Sanjeevi Hill.

If you are a movie enthusiast and love to watch movies in theatres, then Kanyakumari wouldn't be a perfect destination for you. Despite being one of the most popular and fastest-developing tourism centres, it doesn't have any cinema theatre.

You need to travel all the way to the nearby town of Nagercoil to watch a movie in a theatre. Nagercoil is located at a distance of about 20 km from Kanyakumari.