5 Popular Temples Of Bangalore To Visit This Weekend 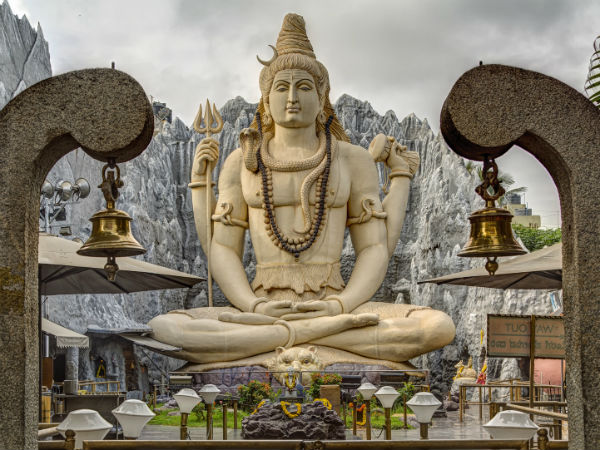 Bangalore, the fast-paced Silicon Valley of India, is a lovable city that has the best of everything. Skyscrapers, restaurants, street food, shopping, lakes and gardens make most of Bangalore. This capital of Karnataka is also spread with innumerable temples dedicated to various deities, which seem to be especially crowded during weekends.

If you've been longing to go on an elaborate pilgrimage but never seem to find the time to do so, fret not. Bangalore is dotted with quite a few temples, some of which have been in the city for so long that they are now important landmarks of the city. In this article, read about the top 5 temples of Bangalore that you must head to, if you haven't already.

Bull Temple, also known as Nandi Temple or Dodda Basavana Gudi, is located in Basavanagudi which is in southern Bangalore. The temple is dedicated to Bull or Nandi, which is a sacred Hindu demigod.

The temple has a gigantic black monolithic stone idol of Nandi. Nandi is a close attendant of Lord Shiva. Built in 1537, the temple was constructed under the rule of the Vijayanagar Empire. Kadlekai Parishe, a popular fair that takes place in November of every year takes place in this temple's premise.

Sri Radha Krishna Temple, which is popularly known as the ISKCON Temple, is one of the biggest ISKCON temple complexes of the world. This temple, dedicated to Lord Krishna, was built in 1997.

Located in the same premise as the Bull Temple, Dodda Ganesha Temple is home to an enormous monolithic idol of Lord Ganesha that is said to be 18 ft in height and 16 ft in width.

An interesting feature about the temple is that the idol is decorated with different kinds of decorations on everyday of the week, wherein one of the 7 days the idol will be covered in 100 kg of butter!

Kempfort Shiva Temple is a magnificent temple that has the biggest idol of Lord Shiva installed in the open. It houses a 65 ft tall statue of Lord Shiva, making it a very important landmark of the city. It is located on the Old Airport Road and the temple houses idols of Lord Shiva in his different forms along with an idol of Lord Ganesha.

Also known as Gavipuram Cave Temple, it is an ancient rock-cut temple located in Kempegowda Nagar. The temple was built by Kempegowda, who is the founder of Bangalore, back in the 16th century.

Stone discs placed in the front and sunshine falling on the shrines at particular times of the year are what make this temple mysterious and famous. It is dedicated to Lord Shiva and the shrine is protected under the ASI.

Comments
Read more about: temples bangalore weekend getaways india travel
Other articles published on Nov 9, 2017
We use cookies to ensure that we give you the best experience on our website. This includes cookies from third party social media websites and ad networks. Such third party cookies may track your use on Nativeplanet sites for better rendering. Our partners use cookies to ensure we show you advertising that is relevant to you. If you continue without changing your settings, we'll assume that you are happy to receive all cookies on Nativeplanet website. However, you can change your cookie settings at any time. Learn more
Change Settings Continue