Tawang - An Exceptional Simplicity Of Beauty 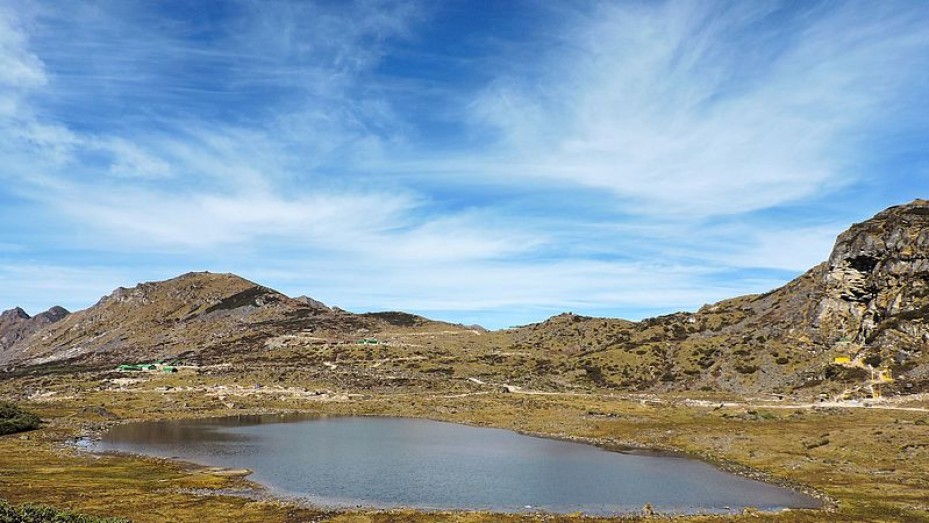 Tawang, the world of mystics and enchanting beauties, forms the western most district of Arunachal Pradesh. It is located at the soaring height of near about 10,000 ft above sea level, sharing boundaries with Tibet in the north, Bhutan in the south-west and Sela range of West Kameng in the east.

Tawang is believed to have derived its name from Tawang Monastery perched on the edge of the ridge running along the western part of Tawang township. “Ta” means horse and “Wang” means chosen.

As the legend goes, the site of the present monastery is believed to have chosen by a horse owned by Merag Lama Lodre Gyamtso. Mera Lama Lodre Gyamtso who was on a search for an appropriate place to establish a monastery was unable to locate any appropriate site, so, finally, decided to sit on prayer for a guidance of a divine power. As he opened his eyes after prayer, he found his horse missing.

So, wearily he went out searching for his horse and found it on the top of the hill. Seeing it as a good omen, the word Tawang was coined. Tawang is a splendid canvas of unspoiled scenic beauty.

Here the first rays of the sun kiss the snowy peaks turning them to a shade of blushing rose and the last rays fill the saucer of the shivering sky to its brim with countless stars.

Tourists Places In And Around Tawang

Tawang houses a lot of scenic attractions that are frequented by visitors and they range from monasteries, such as monasteries, peaks and waterfalls. Some of the main attractions of Tawang are Tawang Monastery, the Sela Pass and many other waterfalls have been an ideal spot for Bollywood movies.

The sight of the tranquil water of lakes, rivers and of numerous high waterfalls reflecting the colour of blue sky and sometimes, hovering clouds overhead, gives a mesmerising experience to the visitors. The true lovers of nature, who wish to enjoy nature in the true sense of the word, are welcomed here.

Monpas of Tawang celebrate number of festivals every year. Some of them are Losar, which is a new year festival celebrated in the last month of February and early month of March with great solemnity and gaiety.

Other festival celebrated is Torgya, celebrated every year in the 28th day of the 11th month of the lunar calendar which generally falls in the month of January.

This festival is believed to be celebrated to chase out the evil spirits, which usher in the diseases and misfortunes in both human beings, crops and the like, and other unprecedented natural calamities. Saka Dawa is celebrated celebrated every year on the 28th day of the 11th month of the lunar calendar which generally falls in the month of January every year.

Choekor is a religious procession organised by the whole village community with an aim to provide supernatural protection to the crops sown, for its bumper harvest and to chase away the evil spirit which might harm the village community.

This Choekor is organised in the 7th month of lunar calendar when there is the least agricultural activity.

The people of Tawang, also known as Monpas, possess a great skill in craftsmanship which is quite apparent in the beautifully designed traditional and artistic crafts available in the local market for the customers to buy. These crafts are also available in the government craft centre. Wood carving works, carpet weaving, utensils made of bamboo and wood are exquisitely beautiful.

They have earned a niche for themselves in thangka painting and handmade paper also. Some of the artefacts made of wood are the wooden mask which is used in the religious masked dance performed during the Torgya festival in the courtyard of Tawang Monastery.

Dolom is an artistically designed eating bowl with lid made up of wood. Sheng khlem is a spoon made of wood. Gruk is a cup made of wood used for serving tea.

The town of Tawang experiences a moderate climate for many months of the year. The best time to visit the place is between March and October, when the climate conditions are pleasant.

How To Reach Tawang

Tawang is Famous for

How to Reach Tawang