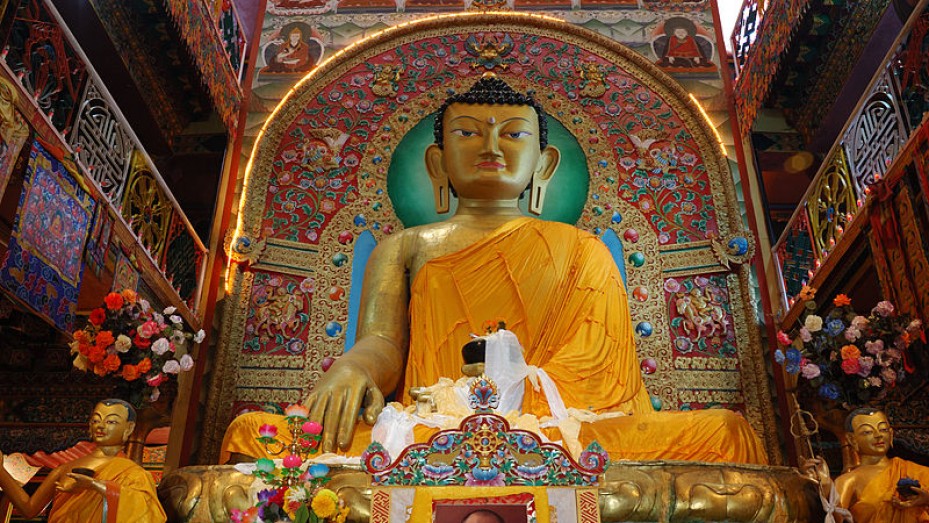 The Tawang Monastery is the largest monastery in India and second largest in Asia and was founded by Merak Lama Lodre in 1680 - 1681 AD. The monastery is located 180 km from Bomdila in Tawang district of Arunachal Pradesh.

This monastery is also known as Galden Namgyal Lhatse and is perched on a hill 10,000 feet above sea level. The main attractions of the monastery are the 28-feet-high golden statue of Lord Buddha and an imposing three-storied assembly hall. The monastery also has a huge library with an impressive collection of ancient books and manuscripts and these manuscripts are believed to be of the 17th century.

According to beliefs, a mythical horse chose the site for the monastery when Merak Lama, the founder of the monastery, had difficulty finding a place to build the structure. Tawang is the coining of the two words with “Ta” meaning horse and “Wang” meaning chosen. Since the place was blessed by the celestial horse, the word Tawang was coined.