Sringeri - A Town For The Holy 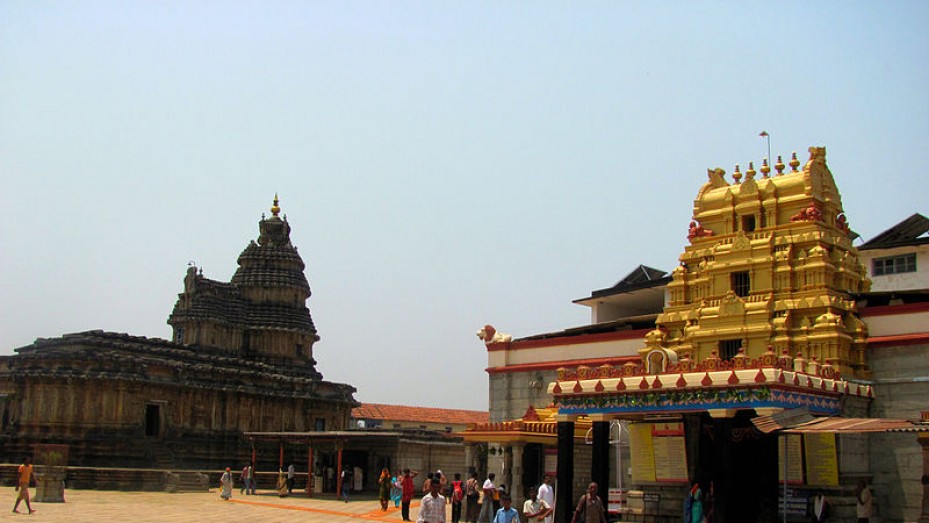 The venerated Hindu saint Adi Shankaracharya set up his first matha in this tranquil town located on the banks of the river Tunga. Ever since then, Sringeri has been an important destination for thousands of pilgrims who visit the picturesque town around the year.

Sringeri is a rich, green land in the Chikmagalur district of Karnataka. Legend has it that Adi Shankaracharya selected it as the spot to build his mutta after he saw something remarkable on his arrival at Sringeri.

While wandering on the banks of the Tunga river, he saw a cobra spreading its hood to protect a pregnant frog from the harsh sun. Struck by the benevolence of the cobra towards its natural enemy, the Shankaracharya felt that Sringeri was truly unique. Today, his Sharda Peetham is visited by thousands of devotees every day.

Other places to visit at Sringeri include the famous Vidya Shankar Temple and Sarada Temple. The Vidya Shankar temple is famous for its 12 pillars which are said to coincide with the zodiac signs. In addition, the temple is built as per astronomical concepts.

Sringeri has a very pleasant climate all through the year.

How To Reach Sringeri

The town lies 330 km from Bangalore and is well connected by bus routes. The nearest railway stations would be Shimoga and Kadur. Mangalore is the nearest airport.

Sringeri is Famous for

How to Reach Sringeri