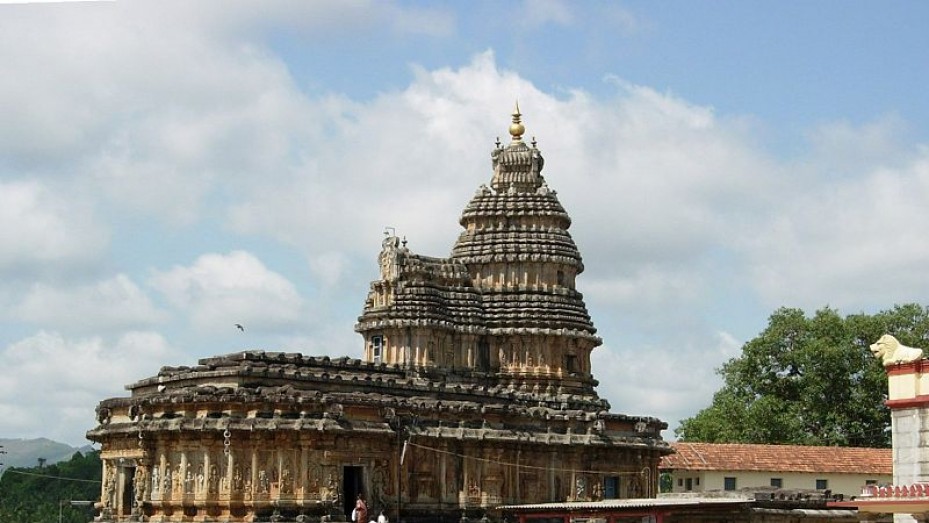 While on a trip to Sringeri, travellers are 'recommended' to visit Vidya Shankara Temple that is devoted to Vidyashankara. This pilgrimage site was constructed in 1338 AD by a sage named Vidyaranya, a patron to the founders of Vijayanagara Empire, who lived here in the 14th century.

This temple showcases Dravidian, Chalukyan, Southern Indian and Vijayanagara architectural style. Tourists can see many inscriptions that depict the contributions of Vijayanagara Empire. This rectangular temple comprises 12 pillars that are famous as the Zodiac Pillars. All these pillars display carvings of the twelve zodiac signs, which were designed considering the astronomical concepts.

A garbhagriha, where the statues of Goddess Durga and Lord Vidya Ganesha can be seen, is present in the temple. In addition, statues of Lord Brahma, Lord Vishnu and Lord Maheshwara, along with the idols of their consorts, can be seen at the garbhagriha.

The central ceiling of the temple is another prominent feature that showcases its beautiful architecture. Other ceilings at this site are known for sloping channelled slabs. The temple basement enshrines beautiful figures of Lord Shiva, Lord Vishnu, the Dasavataras, Shanmukha, Goddess Kali and different types of animals.

This temple is known for the celebration of Vidyatirtha Rathotsava that is held during the Kartika Shukla Paksha.