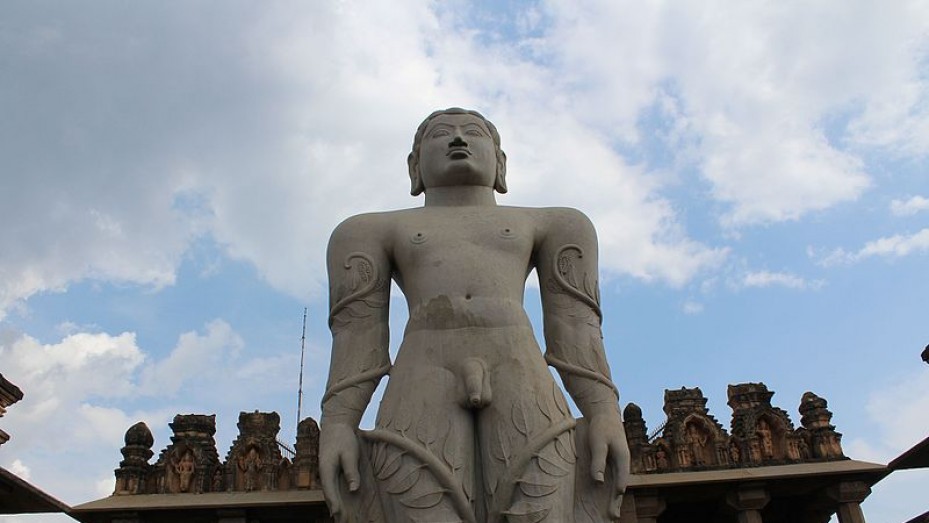 The 17.5 metre high statue of Gomateshwara will be visible long before you reach the town of Sravanabelagola. The statue, which dates back to 978 AD, stands testimonial to the fact that Sravanabelagola has been one of the most important Jain pilgrimage spots over the ages.

Sravanabelagola literally means the Monk of the White Pond. The statue is the world's largest monolithic structure and is carved from a single stone.

Apart from the statue, Sravanabelagola also offers some other glimpses into the past. King Chandragupta Maurya, weary after years of battle and court intrigues, is said to have sought the peace and tranquility of the hills at Sravanabelagola. He played an important role in spreading Jainism in South India.

Sravanabelagola attracts a lot of history buffs as inscriptions dating back to 600-1830 can be found here. There are about 800 such inscriptions which describe the rise of the various dynasties like the Ganga, Hoysalas and the Wodeyar. These written records give a sense of life in the ancient ages.

The nearest bus station to Sravanabelagola is Channarayapatna. You can get buses from both Bangalore and Mysore to Channarayapatna. The rest of the journey can be completed using local transport.

Sravanabelagola is Famous for

How to Reach Sravanabelagola