Sarahan - The Abode of Bhimakali 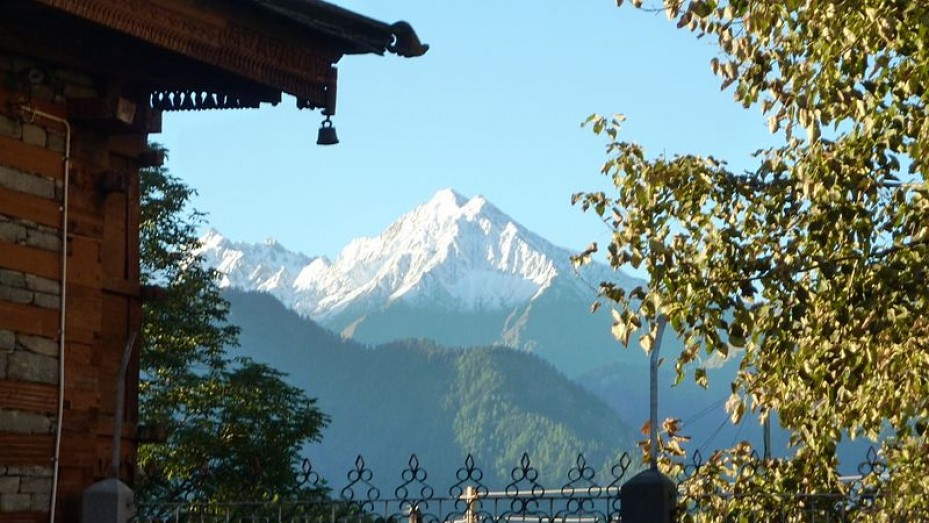 Sarahan, a beautiful hamlet located in the Sutlej Valley, is a major tourist destination situated in the Shimla District of Himachal Pradesh. This place offers visitors the opportunity explore nature at its best. Placed at an average altitude of about 2165 m above sea level, the place is popular for its apple orchards, pine forests, small streams, rustic settings and slate roofed houses.

There are several myths and folklore associated with Sarahan. As the legend goes, the king of Kullu declared war on the neighbouring kingdom of Bushair. The king of Bushair won the war and killed the king of Kullu. He then brought the decapitated head of the dead king to Sarahan and laid it out for people to see. When the dead king’s family asked the king of Bushair to give them their king’s head so that they could carry out the last rites, the king declared that he would only grant their request under three conditions. One of the conditions was that the people of Kullu would have to promise to never challenge his rule. Another condition was that the land that was seized by him would be retained.

According to the final condition, the image of Ragunath; the chief god of the region, which was taken away from Sarahan would not be returned. The three conditions were accepted under the term that the ruler of Bushair would celebrate the festival of Dussehra. The king accepted the terms and thus Dussehra became a major festival of the region. After this, the image of Raghunath was placed alongside that of Goddess Bhimakali.

Tourist Places In And Around Sarahan

Sarahan has numerous tourist attractions, among them, the Bhimakali Temple Complex, the Bird Park, and Bhaba Valley, are a few to mention. The Bhimakali Temple Complex is believed to be at least 800 years old. Great numbers of devotees visit this temple every year to pay obeisance to the presiding deity. The temple architecture is a unique blend of Indian and Buddhists architectural styles. This temple is also one of the most prominent ‘shaktipeeth’ or ‘sacred sites’ of the country.

Bhaba Valley, which has an alluring landscape with its reservoir lake and alpine meadows, also attracts numerous visitors. Travellers planning a trip to Sarahan must visit the Bird Park, as it is not only a breeding centre of pheasants but also home to the state bird of Himachal Pradesh, the monal.

Famous for lush green deodar trees and the snow-covered Bashal Peak, Sarahan is also known for the Shrikhand Mahadev, located at an altitude of about 5155 m above sea level. This Hindu pilgrimage centre is devoted to the Hindu god of destruction, Shiva. According to a legend, Shiva meditated in this peak. According to the great Indian epic, the ‘Mahabharata’, the Pandavas also trekked to this holy peak. This peak is known for the tremendous trekking opportunities that it offers to visitors.

Other popular attractions of Sarahan include Jeori, the Banjara Retreat, Gaura, the Darang Ghati, and the Sangla Valley. Jeori has a hot spring, located at a distance of 20 km from Sarahan while Banjara Retreat, situated on the national highway 22, is known for its green apple orchards. The Sangla Valley, located at proximity to Sarahan, is a popular hill town famous for apple and cherry orchards and glacial streams.

How To Reach Sarahan

Visitors planning a trip to Sarahan can reach the destination via roadways, airways, and railways.

It is advised that trips to this place should be planned between the months of April and November. However, tourists can also travel to Sarahan during winters as the climatic conditions remain favourable for sightseeing.

Sarahan is Famous for

How to Reach Sarahan