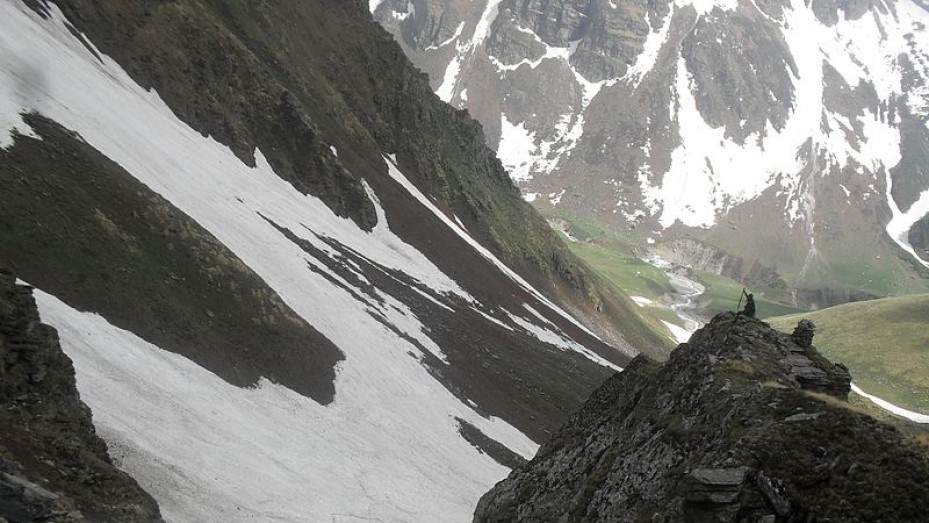 Sangla is a picturesque hill town situated in the Kinnaur district of Himachal Pradesh. Located in the valley of Baspa, this place lies in proximity to the Tibetan border. The town has been named after a village of the same name, which means "pass of light" in the Tibetan language. The scenic beauty of the region is mesmerising as it rests in the greater Himalayas and is enveloped with forest slopes and mountains.

Till 1989, travellers had to take a special permit from the government of India in order to visit this place because of its position on the Indo-China border. However, this rule was abolished later, to promote tourism in the region.The place is noted for its pine nut orchards and beautiful trees of apple and cherry. Villages such as Chitkul, Karchham and Batseri are some of the popular tourist attractions of Sangla.

Tourist Places In And Around Sangla

The Kamru Fort, which is now converted into a temple dedicated to the Hindu deity Kamakshi, is also a famous tourist spot here. This temple represents the artistic excellence of the bygone era. Travellers can see a large image of the deity, positioned on the third floor of the temple. A temple dedicated to the Hindu Goddess Chitkul Maathi, popularly known as Mata Devi, is another popular religious site in Sangla. Every year devotees in a large number visit this temple to offer their prayers to the deity.The Baspa River flowing through Sangla is also considered as a prominent tourist destination as it is an ideal place where activities, like fishing, trekking, and camping, can be enjoyed.

The entire region lies amid beautiful pine trees and oak forests and the presence of the glacier streams and forests further enhances the beauty of the place.Travellers interested in shopping can buy handmade shawls and Kinnauri caps from the Batseri village, which is situated at a distance of around 8 km from Sangla.

The village of Batseri is quite popular as it is the only place where the famous fruit, chilgoza or pine nuts, are grown. Some of the other popular places situated close to Sangla are Sapni, Kanda and the Trout Farm. The ancient wooden architecture of the region, which depicts the art of the medieval era, also attracts a large number of tourists. Another popular attraction of Sangla is the Tibetan Wood Carving Centre where beautiful hand-carved items are available.

These represent the art of the natives of the region. Nearest airbase to Sangla is the Jubbarhatti Airport at Shimla, which is situated at a distance of around 238 km. Travellers can hire taxis and cabs at a reasonable cost from outside the airport in order to reach Sangla. Individuals who wish to travel by rail, can book their tickets till Kalka railway station, which is the nearest narrow gauge railhead directly linked to Shimla.

How To Reach Sangla

The railway station at Shimla is the closest major railway station from Sangla which is connected with major Indian cities. Private as well as state buses for Sangla are easily available from Chandigarh.

The climate of Sangla remains pleasant throughout the year except during winters. Summers are pleasant with temperature ranging between 8 °C and 30 °C. During monsoons, the region of Sangla experiences less rainfall. Winters are extremely chilly in the region; therefore, visiting this place during this time is not recommended. The temperature of the place ranges between 10 °C and -10 °C during this time.

Monsoons and summers are considered ideal for visiting this beautiful destination.

Sangla is Famous for

How to Reach Sangla