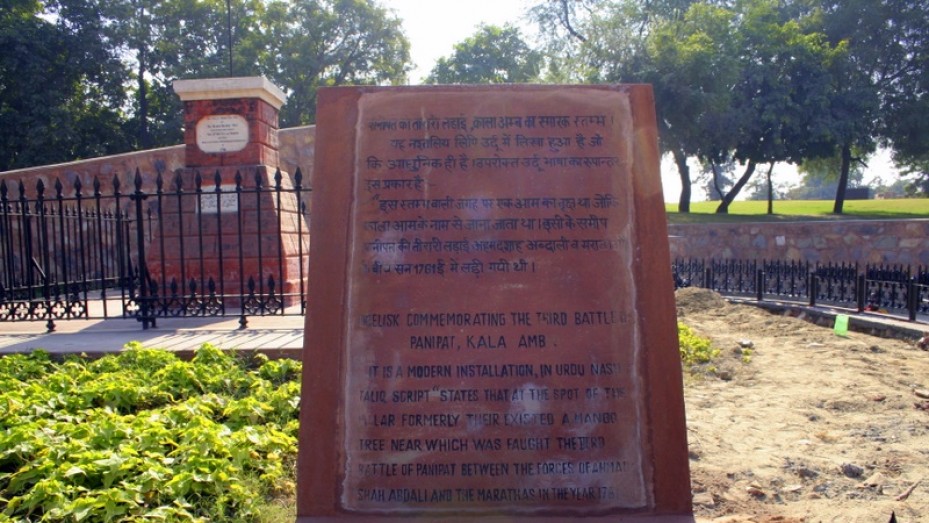 Kala Amb was built in memory of the Marathas who fought with Ahmed Shah Abdali in the Third Battle of Panipat in the year 1761. The Maratha forces were led by Sadashivrao Bhau, Vishwasrao and Mahadaji Shinde. The exact site where the battle was fought was pinpointed by a mango tree that was supposed to have grown there.

It produced mangoes of black colour. It is believed that the colour of the mango tree was black since it stood on the soil that was mixed with the blood of the soldier. The tree has, of course, disappeared since a long time.

The actual reason why the memorial is labelled black may be the dark green foliage that grows here. The site has a brick pillar with an iron rod. The pillar bears the inscription in English and Urdu detailing a brief account of the battle. It is ringed by an iron fence. A society headed by the governor of Haryana is working for the development and beautification of the tourist site.