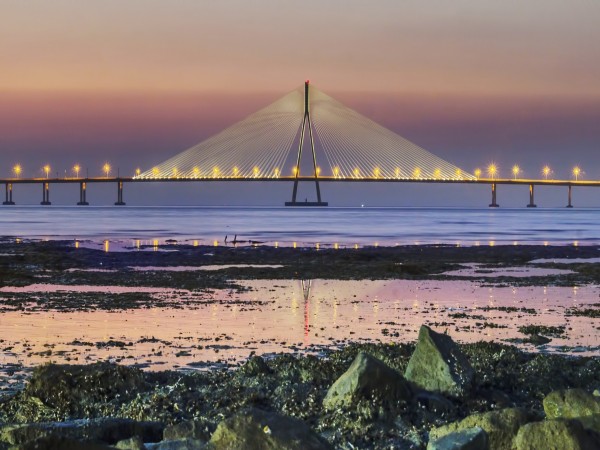 Good News for Mumbaikars! A journey of 2.5 to 3 hours from South Bombay to Navi Mumbai will be cut to just 15 minutes with the Mumbai Trans-Harbour Link (MTHL), which will be the longest sea bridge in India coming this year has 90% of its work.

According to Eknath Shinde, the CM of Maharashtra, up to 90% of the civil construction on the Mumbai Trans-Harbour Link (MTHL) has been finished, and the bridge will open to traffic in November of this year.

A 16.5-kilometer portion of the 22 km long bridge is above the water. The six-lane MTHL project is being implemented by the MMRDA, a Maharashtra government body, and it is being funded by Japan International Cooperation Agency (JICA).

The 22-kilometer-long, six-lane MTHL Bridge is described as India's "longest sea bridge." Sewri (in Central Mumbai) & Chirle (in Navi Mumbai) will now only need to travel together for 15-20 minutes. Over INR 17,000 crores are being spent on its construction.

By linking Mumbai and Navi Mumbai, the bridge will enhance connectivity throughout the Mumbai Metropolitan Region, reduce traffic congestion, and foster economic growth. 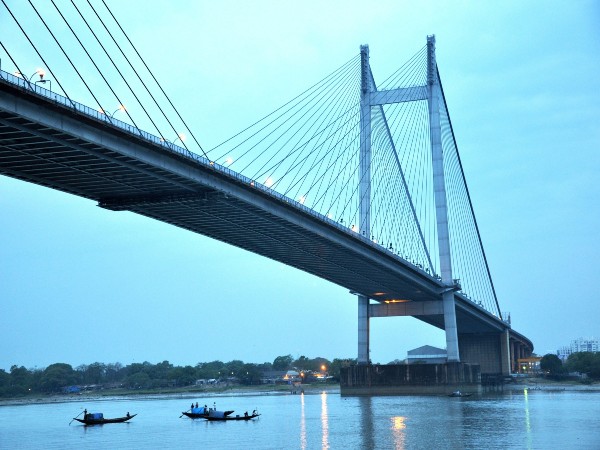 Stunning Bridges Of India That Are True Engineering Marvels

70,000 vehicles per day are predicted to pass across the bridge. According to representatives of the Mumbai Metropolitan Region Development Authority (MMRDA), the Mumbai Trans-Harbour Link (MTHL) will be the first to employ Singapore's open road tolling, or ORT, system.

ORT operates by eliminating toll booths and only having a toll plaza that can recognize passing vehicles and enable electronic toll collection. There is no requirement for on-hand cash or other forms of payment. As a result, vehicles won't have to stop to pay tolls in order to use the bridge.

In order to undertake a lot of development projects in Mumbai, Chief Minister Shinde proceeded by noting that his administration is working with the Brihanmumbai Municipal Corporation (BMC). In collaboration with the BMC. We shall put the utmost emphasis on sewage treatment facilities, smooth roads, medical facilities, etc. Mumbai will soon transform, added CM, Shinde.

"This is an effort that deserves praise. The very first project to utilize OSD technology, and the longest sea bridge in India. Because the environment was taken into consideration during bridge construction, pelicans and flamingos have returned despite the presence of heavy machinery "Additional Chief Secretary & Metropolitan Commissioner SVR Srinivas stated.

Most importantly, this project will have a positive impact not just on Mumbai but also on the entire nation. According to him, new development opportunities would arise when the islands are connected to the mainland.