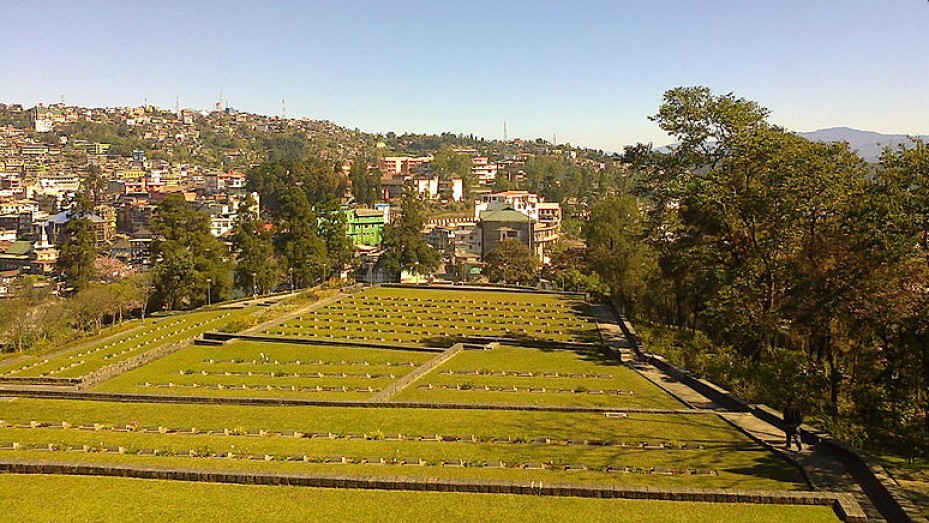 “When you go home, tell them of us, and say: ‘For your tomorrow, we gave our today.’” This is the line on the stone memorial at the entrance of Kohima War Cemetery as a true tribute to the fallen heroes. The most important of all attractions in the town the Kohima War Cemetery, where 1421 slabs stand in memory of soldiers who were slayed in the battle of Kohima; it one of the fiercest in the Asian Theatre during World War II. Each of these graves has a bronze plaque with an appropriate epitaph.

The cemetery is maintained by the Commonwealth War Graves Commission and was created on a plot of land which was formerly known as the Garrison Hill. Thousands of tourists from all over the world, especially United Kingdom and Canada, come here as a pilgrimage to honour the heroes who sacrificed their lives during the war.