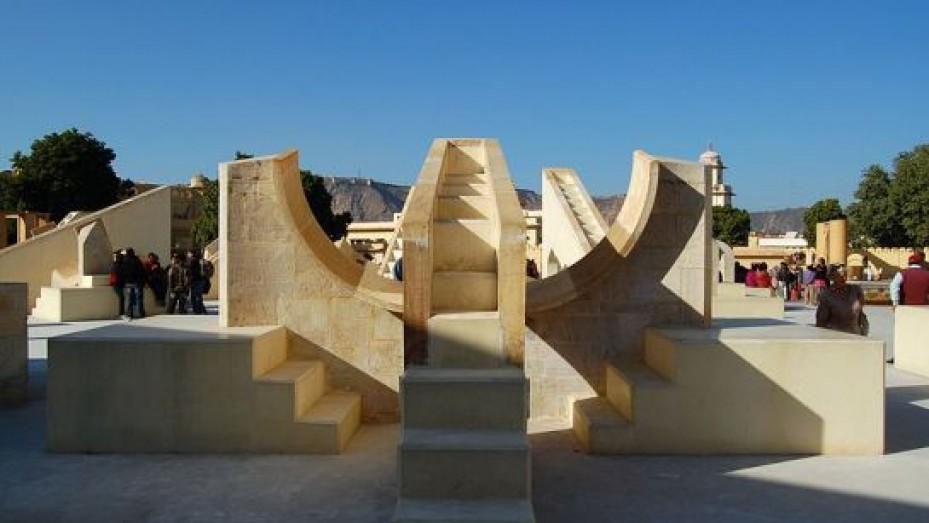 Jantar Mantar in Jaipur is the largest of the five astronomical observatories of India and was founded by King Sawai Jai Singh II. This observatory is enlisted as a UNESCO World Heritage Site and is described as "an expression of the astronomical skills and cosmological concepts of the court of a scholarly prince at the end of the Mughal period."

Quality marble and stone were used in the building of this observatory. The Ram Yantra (or the instrument used for measuring altitudes) present here is unique in its own way and represents the astronomical skills of the maharaja. Other important instruments that can be seen here include Dhruva, Dakshina, Narivalaya, Rashivalayas, Small Samrat, Large Samrat, the Observer's Seat, Disha, Small Ram, Large Ram Yantra, Small Kranti, Large Kranti, Raj Unnathamsa, Jai Prakash and Diganta.