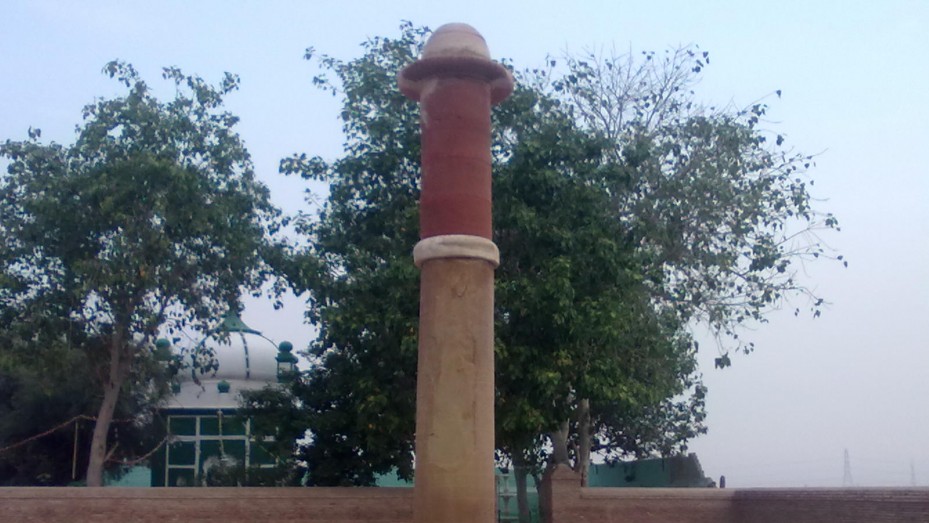 The lofty pillar was, however, dismantled by Firoz Shah Tughlak following the traditions of other Muslim rulers in the country who used the material from the Hindu monuments to build mosques and other Muslim structures to eulogize their own names.

Firoz Shah Tughlak transferred the lower part of the pillar to Fatehabad and used it to build another lat here. He chiseled the original Ashokan epigraphs on the pillar and inscribed his own family history in the Arabic script.

He took away the upper part to Hissar where he used it in a mosque. The lat with a height of 15.6 ft and a base of 6 ft was built by the side of an idgah or mosque in Fatehabad fort of Feroz Shah Tughlak.