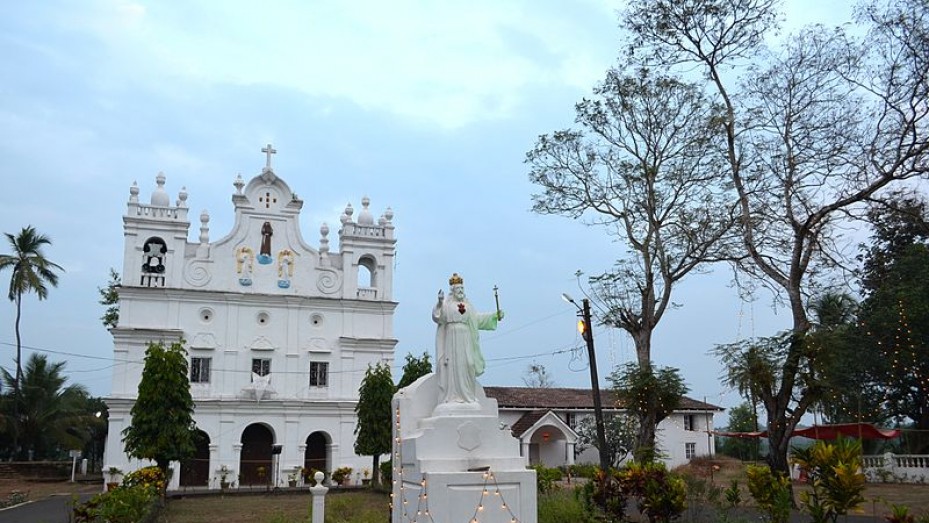 Colvale, in North Goa is a town unlike other Goa attractions and deviates from the basic premise of a Goa vacation, sun and sand. Colvale town is located north east of Candolim, Baga and Calangute beaches, one of the hottest party zones in Goa and is nestled in the midst of paddy fields.

The Charpora river that flows nearby adds on to the natural beauty of Colvale township. In the old days, Colvale was a famous commercial hub for Portuguese, Dutch and Maratha trade and till today is most famous for its Cashew liquor and Murdoshi (Lady Fish).

The Colvale Church built in 1591 is a sight worth seeing with its well preserved architecture and sheer size of the structure. Located close to the Colvale church, not to be mistaken for Colva, which was taken over several times by various reigning and attacking monarchs, the church and the fort make for a great day out.

For tourists driving in Goa from Mumbai, you’ll hit Colvale first on your left. Look out for Mapusa on your left, drive straight ahead on the highway for a few more minutes and you’ll need to turn left off it. Colvale is a hike from the Airport and the Railway station though getting cabs and buses should not be an issue. Colva is also served by Majorda railway station.