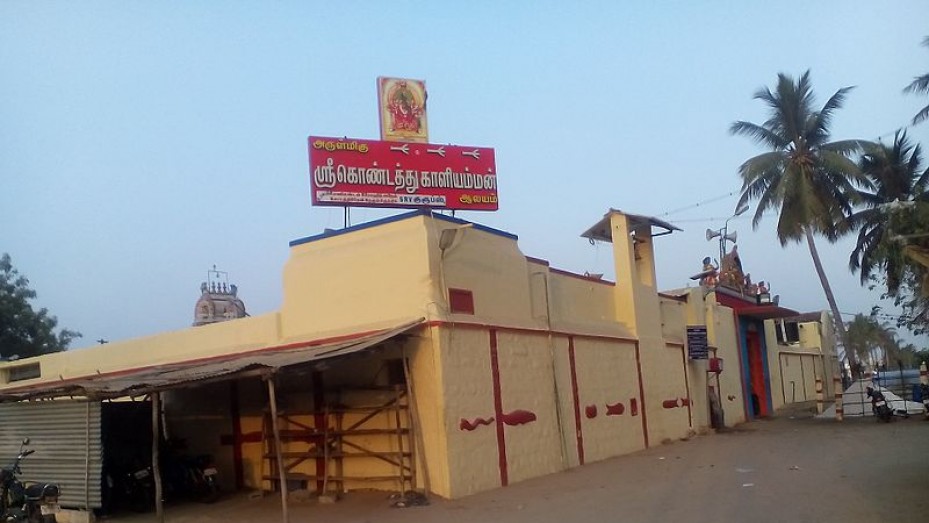 The Vanabadrakaliamman Temple is a very old temple located near Mettupalayam. The temple is dedicated to Hindu Goddess Bhadrakali. The temple is at a distance of 53 km from the city of Coimbatore. According to legend, a demon by the name of Paagasuran lived on the west side of the temple and was the cause of major terror among the people of the area.

Locals requested Bheema, the strongest of the Pandava brothers to end this reign of terror of the demon. Bheema sat down to worship Goddess Kali and gained strength to defeat the demon. He fought the demon, and the fight lasted for several hours by the end of which Bheema was able to kill the demon.

While on his deathbed the demon realized his fault and sought forgiveness from Goddess Kali for his sins. The Goddess transformed him into Kaaval Boodham or the ‘demon who protects’. Devotees worship not only the Goddess but also Bheema and Paagasuran.