Alibag - The Small And Pretty Town 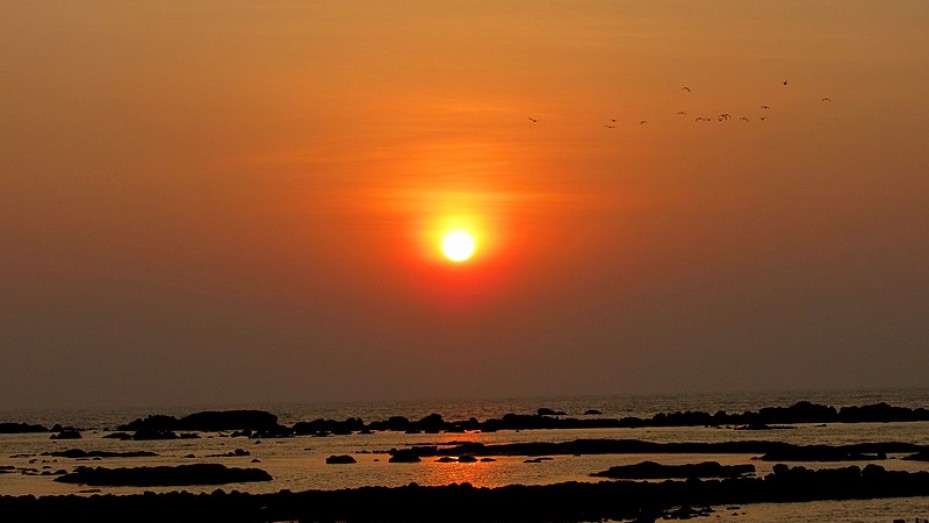 A small town along the western coast of Maharashtra, Alibag lies in the Konkan region and belongs to the district of Raigad. It is close to the famous metro of Mumbai. Alibag is named after the Garden of Ali. Stories say that Ali planted a lot of mango and coconut trees.

The origin of the place dates back to the 17th century when it was first developed under Shivaji Maharaj. It was declared a Taluka in 1852. Alibag was home to the Benee Israel Jews as well.

Tourist Places In And Around Alibag - Of History And Beaches

The Kolaba Fort stands testimony to the Maratha Empire that ruled this part of India back in time. The fort, which is currently in a state of dilapidation, can be seen clearly from the Alibag Beach. One can visit this fort during the time of low tides.

The Khanderi Fort is yet another fort which is almost three centuries old. It was built under the Peshwa Dynasty and was later handed over to the British during their rule.

The Kaneshwar and Someshwar Temples are two iconic temples that will fill any pilgrim’s heart with utter devotion. Both the temples are dedicated to Lord Shiva and are splendidly designed. This little city is currently home to a lot of business centres, contrasting the host of small farms and cottages that locals reside in here.

The 'Goa Of Maharashtra'

Surrounded by water on three of its four sides, Alibag is home to several beautiful beaches. All its beaches are lined with amazing coconut plantations and betel nut trees, giving it a typical tropical beach feel to the entire region. Nature is at its very best here, with the beaches seemingly untouched and virgin.

The air that you breathe in is fresh, while the exotic sight that these beaches provide are nothing less than heavenly. While the Alibag Beach pleasantly surprises you with its black sand, the Kihim and Nagaon Beach are replete with silver-white sand.

Akshi Beach is another beach that is a must visit. Several ads, serials and movies have been shot on these beaches, here at Alibag. One may also be lucky to bump into one of the many Bollywood celebrities who own farmhouses and bungalows here.

Since Alibag is a beach town, all the local delicacies here are fish based. Amongst the pomfret and surmai dishes, sol kadhi is another favourite out here. The beaches in Alibag are the perfect place to spend a quiet, fun-filled weekend with your loved ones, strolling the beach, or playing in the water, or simply watching the evening sun set into the sea at a distance.

Alibag enjoys a very hospitable climate with the temperature never running too high or too low. The summer season is not as hot as the other regions in India. The temperature rises to a maximum 36°C. The monsoons, though wonderful to experience, can pose a little difficulty in exploring the place in general.

The rains are bountiful and pleasurable, but go at your own risk, lest you are stuck in your hotel room for your entire trip! The best time to visit this place is during the winters when the climate is cool and delightful, making your stay at the place not only fantastic, but memorable as well.

The festive season of Christmas and New Year can be a good time to visit this place.

How To Reach Alibag

Alibag is merely 30 km away from Mumbai and well connected by all means of transport, be it air, rail or road. The Mumbai International Airport is the closest airport, while the station of Pen is the closest railway station should you decide to travel by train.

State owned and private tour buses pose as a neat option to travel down from any of the major cities or towns within and outside the state of Maharashtra. The ferry, however, proves to be an exciting option, where you can cover the distance from Mumbai to Alibag in a jetty – making the entire experience of travelling by the Arabian Sea unforgettable.

This weekend spot of Alibag is an attractive hangout that strives to fulfil every kind of traveller’s desire. Amongst pristine beaches and historic forts and rustic temples, the small town of Alibag is growing slowly but steadily.

Known as the Goa of Maharashtra, this is one place that is a much sought after destination for the quintessential beach guy/girl in you. Waste no more time and pack your bags to Alibag and spend a weekend here. Be assured, this tiny little beach town will remain carved in your heart for the rest of your life.

Alibag is Famous for

How to Reach Alibag