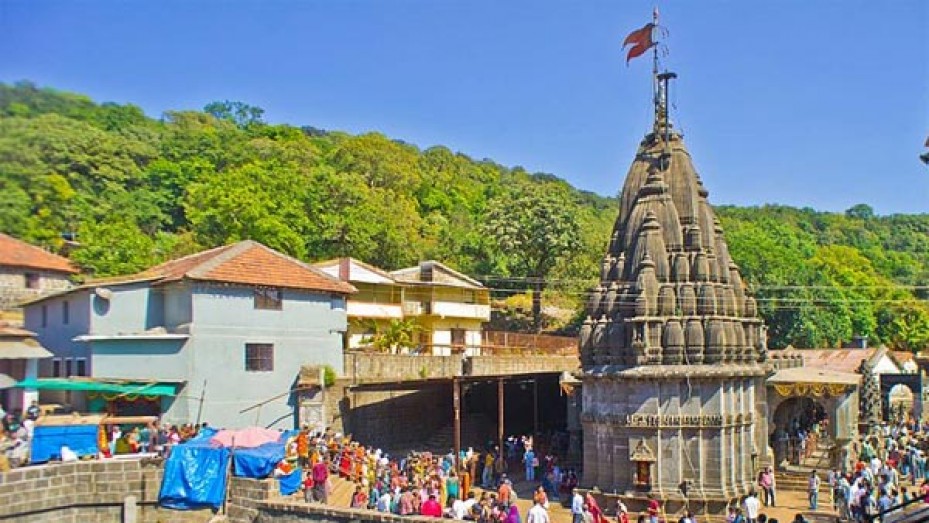 Bhimashankar is a popular religious centre situated within the state of Maharashtra, near the popular trekking destination of Karjat. Bhimashankar is especially famous for being home to one of the twelve Holy Jyotirlinga shrines found in India, five of which are based in Maharashtra itself.

Perched at a height of 3,250 ft, the temple is situated exactly in the village of Shiradhon, about 568 km northwest of Khed, close to the city of Pune. It is placed in the Ghat region of the majestic Sahayadri Ranges. Bhimashankar also happens to be the point of origination of the river Bhima, which flows south east and later merges with the river Krishna.

Legend has it that Lord Shiva started to reside in the Sahayadri Hills, in Bhima’s form, in respect to the requests made by the Gods. After a deadly battle with Rakshas Tripurasura, Lord Shiva killed him. It is said that the heat generated during the course of the battle caused the river Bhima to evaporate and that the sweat that poured off Lord Shiva’s body re-created the river Bhima.

There are other temples in the vicinity like the Kamalaja – an incarnate of Goddess Parvati.

Tourist Places In And Around Bhimshankar

The Mokshakund Tirtha is situated behind the Bhimashankar Temple, while the Kusharanya Tirtha and the Sarvatirtha are other religious destinations that must not be missed while you’re here.

Bhimashankar is not only a pilgrim’s paradise but also a great place for nature lovers. It provides for many trekking opportunities given its location amongst the hilly terrains of the Sahayadris. There are several varieties of birds found in the reserved forest areas and the wildlife sanctuaries based here.

Look out for the Great Indian Squirrel while you’re here. Bhimashankar is not only famous amongst the religious population but also amongst adventure-seeking tourists. It is nature’s abode that resonates with a scintillating beauty, proudly displaying its rich green heritage.

Bhimashankar is Famous for

How to Reach Bhimashankar