International Yoga Day 2022: Revitalise Yourself At These Yoga Destinations In India 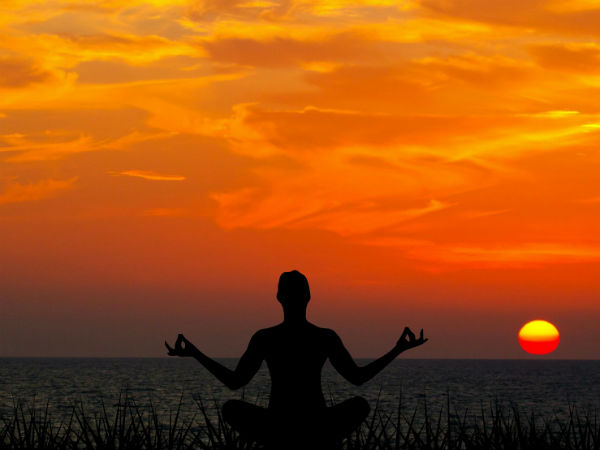 With its outset in the year 2015, International Yoga Day is celebrated by millions of people all across the world on every 21st of June. So, what did you plan for this day in 2022? If you have still not thought of places to visit to soothe your mind, body and soul, then following are a few places you must consider to feel elevated with rapture and delight through a charming, peaceful and tranquil atmosphere.

The practise of yoga started long ago during the Vedic Period in India and since then, it has been a prominent way of relaxing the body and the mind through several mental, physical and spiritual exercises, such as meditation. So, how about getting lost in yourself this International Yoga Day? If you are keen on performing yoga and getting blessed with its merits, read on to know about these destinations which will certainly help you achieve the same.

Also known as the yoga capital of the world, Rishikesh is the first and foremost place which comes into the mind of an individual when seeking a yoga destination. Located in the state of Uttarakhand, Rishikesh is believed to have been in existence since time unknown and is home to hundreds of religious sites and ancient temples. Therefore, it is also sometimes referred to as one of the holiest towns in the world, especially amongst Hindus.

Due to the presence of religious sites, the atmosphere of Rishikesh remains untroubled and hushed, thereby, attracting thousands of yoga practitioners on International Yoga Day. There are several yoga ashrams and institutions located within the boundaries of Rishikesh. Who wouldn't love to practice mental and spiritual exercises amidst a divine atmosphere and unblemished air?

If you know Goa only as the party capital of India, then you really need to learn a lot about this tiny yet beautiful state. Southern Goa is one of the few places in India where International Yoga Day is taken seriously and is carried out with grand celebrations. From Ayurvedic centres to yoga ashrams, you can find each and every spiritual sites filled with yoga learners on 21st June every year.

One of the most peaceful locations in India, Auroville has become immensely popular amongst spiritual seekers over a period of time. Hence, it is frequented by tourists from all over the world. Spread across the state of Tamil Nadu and the union territory of Pondicherry, Auroville is famous for its Matrimandir, also known as the soul of the city, a golden sphere which is the ultimate destination for yoga practitioners.

If you are seeking a stoppage where you can relax, soothe and revive yourself, then Matrimandir in Auroville is an ideal place for you. The presence of lush green surroundings in the form of gardens, parks and beautiful trees helps in maintaining a composed and calm environment. On 21st June every year, the town gets flooded with hundreds of yoga learners.

What less can be expected from a town which is a part of God's Own Country? Located in the Trivandrum district of Kerala, Varkala is a newly popular tourists destination which is frequented by thousands of beach lovers and numerous spiritual seekers.

How about practising yoga amidst the secluded and silent nature of Varkala and being on a track of self-discovery? Wouldn't you love to learn in detail about the complexities of the human body and revitalise your mental and physical state?

If yes, then you should choose to visit Varkala this International Yoga Day. From meditation amidst its unpolluted beaches to getting lost in the divinity of its isolated spots, there is a lot to discover within the boundaries of Varkala. You cannot find such an amazing mix of nature and spirituality everywhere in Kerala. So, why not plan a tour of this undeniable beauty this weekend?

A historic city famous for its spiritual sites and natural stoppages, Dharamshala is one of the most beautiful splendours of Himachal Pradesh and hence, it is an ideal destination to celebrate International Yoga Day this year.

Not only on account of the presence of yoga ashrams but also due to its noiseless and unruffled aura, Dharamshala makes for a perfect yoga destination in India. Like they say, yoga is best performed in an isolated world. So, where else can you find such a mesmerising spot other than the beautiful forests of Dharamshala?