Witness The Buddhist Festivals Of Ladakh 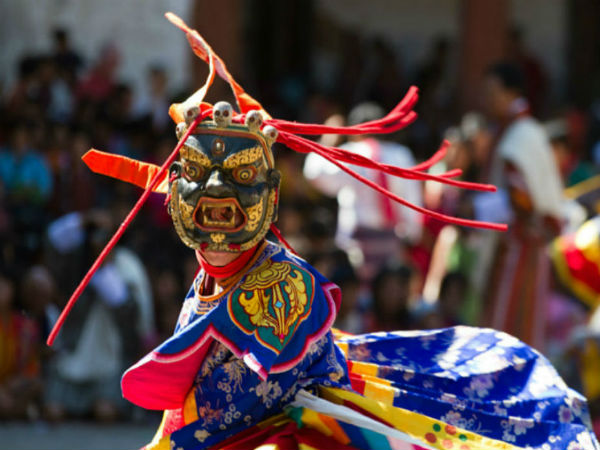 With heavy influence of Buddhist and Tibetan culture, the regions of Ladakh are abundant of monastic festivals. Many festivals although feature similar types of celebrations which revolve around the celebration of life and customs which are practiced to ward off evil spirits. Each festival has a deep and rich history which is celebrated in remembrance of the founders of the monastery.

The town of Leh is a major site for the celebrations which is surrounded by the ruins of Leh Palace, which was also the official residence to the Dalai Lama, before the 14th Dalai Lama fled to Dharamsala. Have a look at some of the festivals which are celebrated at the monasteries of the region.

The festival of Chemrey Angchok is celebrated on the 28th and 29th day of the 9th in the Tibetan calendar. The festival celebrates the rich culture of the Ladakhi people which includes music concerts and theatre performances by the monks and the localites. The final carnival goes through the busy main market of Leh with masked dancers who chant and the celebrate the victory of good over evil.
PC:Steve Hicks

The festival of Stok Guru Tsechu is celebrated by the Stok Monastery who dress up two common men as oracles which are made by the monks to receive the spirits of the deities. The festival has its similarities to another festival of Matho Nagrang which also includes the coming together of nearby villagers who cry out their grievances and consults the oracle for peace and happiness.
PC: Savearth

The festival of Yuru Kabgyat is celebrated in the ancient Lamayuru Monastery. The two day festival is celebrated to ward off evil spirits and protect villagers; the festival holds its similarities to various other Tantric Buddhist festivals. The monastery is one of the oldest and highest Buddhist monasteries in the world.
PC: John Hill

The festival of Hemis Tsechu is celebrated in the courtyard of the Hemis monastery to honour the contributions of Lord Padmasambhava to the Vajrayana school of Buddhism and to mankind. The festival is a major event at the monastery which also includes the performances of the masked dancers who are commonly known as chams.
PC: Madhav Pai

The festival of Matho Nagrang is celebrated on the 14th and 15th day of the first month of the Tibetan calendar, the festival is also known as the festival of oracles. Two monks are selected every two years to receive the Oracle spirits. Once the spirit enters them they are known to perform inhuman tasks, the spirits are requested to answer the questions related to future of Ladakh and the monastery along with the personal questions of the devotees.
PC: Adam Greig

Celebrated in the monasteries of Leh, Likir and Diskit occur at end and the beginning of the Tibetan New Year. The monks from the Takthok Monastery make thread crosses which are said to protect the people from evil spirits and natural calamities.

On the second day of the two-day festival, a large number of masked dancers, along with the public, march through the streets spreading the positive energy. The festival is also known as the festival of scapegoats and is one of the most important festivals of the region.
PC: Sankara Subramanian