What's So Special About Dharmaraya Swamy Temple In Bangalore? 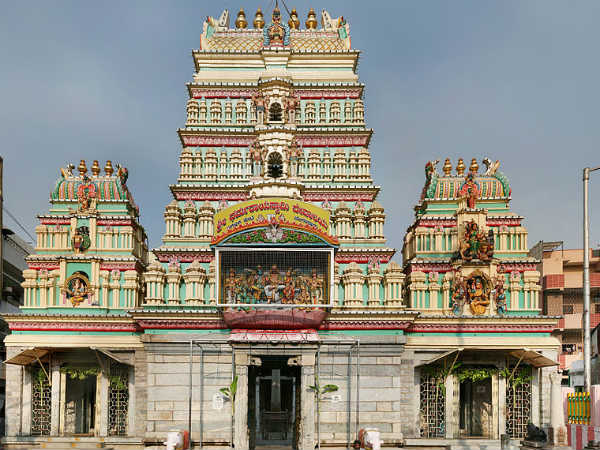 India has thousands of temples settled in each and every corner of its states. Ranging from the temples dating back to ancient India to the temples from the recent history, you can find different types of temples within its boundaries. Some are dedicated to Lord Vishnu, numerous to Lord Shiva and a few to Lord Brahma.

However, there are also a few temples in the country which are not dedicated to gods and goddesses. One such temple is Dharmaraya Swamy Temple in Bangalore, which is visited by thousands of devotees every year. Read on to know more about this unusual temple and its religious significance.

The Location And Surroundings Of Temple

Located in the heart of Bangalore city, Dharmaraya Swamy Temple is one of the most visited temples in the city and is frequented by thousands of Hindu devotees every year, especially during the festival of Bangalore Karaga, which is believed to be one of the oldest festivals in the state.

Dedicated to the Pandavas, the major characters from the epic Mahabharata, Dharmaraya Swamy Temple is the only temple in India which honours Pandavas and their consort, Draupadi. Isn't it an unusual temple? Regarding its structural formation, the temple is built in Hindu style of architecture and is one of the its kind in the city. You must not miss visiting this wonderful temple if you love exploring the places related to mythological era.

Dharmaraya Swamy Temple is believed to be established by the Thigalas during the 11th century before the founder of Bangalore, Kempe Gowda started building the city in the 16th century. It is said that the entire city was built around the temple, keeping it as the centre. Since then, Dharmaraya Swamy Temple has been a prominent religious site in the state.

The major festival celebrated here is Bangalore Karaga, which is also believed to have been started by the Thigalas and is the oldest and most significant festival in the city. It is celebrated to honour Draupadi, the consort of the Pandavas, and signifies the power of women. So, what do you think of exploring this ancient marvel now?

As Bangalore experiences a moderate type of climate throughout the year, Dharmaraya Swamy Temple can be visited anytime during a year. However, if you are looking to enjoy the crowd of Hindu devotees, then it is advisable to visit this temple during the months of March and April when Karaga festival is round the corner. For history lovers too, it remains a year-round destination.

How To Reach Dharmaraya Swamy Temple

By Air: Bangalore is well connected to all other major cities by air and hence, you can catch a direct flight to Bangalore airport. From the airport, you can hire a direct cab to Dharmaraya Swamy Temple. The distance between the temple and the airport is 36 km.

By Rail: There are direct trains available to Bangalore railway station from all all the major cities and towns. From the station, you can take a taxi to the temple, which is located in the Thigalarpet locality.

By Road: You can either catch a bus or drive on your own directly to Dharmaraya Swamy Temple in Bangalore as it is well connected to other cities and towns by road.

Comments
Read more about: india travel tourism temples bangalore weekend pilgrimage
Other articles published on Jun 8, 2018
We use cookies to ensure that we give you the best experience on our website. This includes cookies from third party social media websites and ad networks. Such third party cookies may track your use on Nativeplanet sites for better rendering. Our partners use cookies to ensure we show you advertising that is relevant to you. If you continue without changing your settings, we'll assume that you are happy to receive all cookies on Nativeplanet website. However, you can change your cookie settings at any time. Learn more
Change Settings Continue