Mussoorie Winterline Carnival 2022: A Natural Wonder Only Visible From Mussoorie And Switzerland 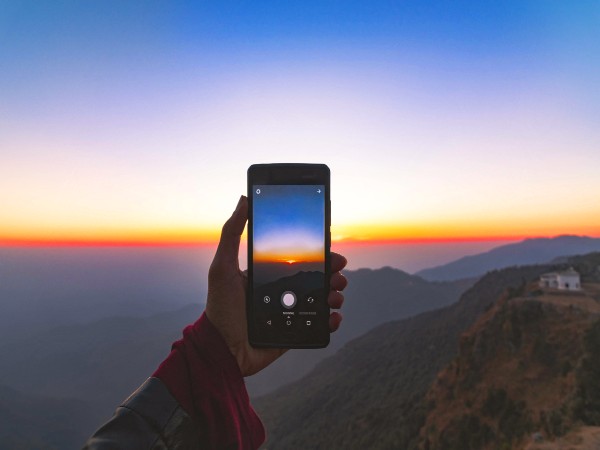 Earth is a magical place. Every corner here is full of magical natural wonder, from sunset to sunrise, from stargazing to beach mountains beauty, from Beach breeze to exotic jungles. One such magic is the "Winterline Phenomenon".

In Mussoorie, India, during the winter, something extraordinary takes place. It's that unique natural phenomenon that only occurs in a couple of locations, more particularly just in two locations worldwide, and Mussoorie is one of them. Keep reading if you want to know everything about the Winterline phenomenon, including what it is, where you can witness this on earth, the best time to witness it, and why this is so special.

The western horizon changes to a variety of shades of yellow, red, orange, and mauve when the sun sets from mid-October to January. We call this a Winterline. It only occurs in Mussoorie and a region of Switzerland. The sun sets behind a fictitious horizon that is composed of a grey and mauve strip with a bold yellow and orange line at its top end. Winterline results from the sun's refraction at a specific angle, and can only be seen from mountainous regions with a long, open valley to the west.

Where you can spot Winterline on Earth?

The formation of winterline is one of the planet's most unusual phenomena, and it only occurs in two locations: Mussoorie, India, and Switzerland's Alps highlands. Please note that winterline phenomenon can be seen in many small other locations as well in the Himalayas and Swiss apls, but the best view is from Mussoorie in India and around the swiss Alps in Switzerland.

What is the Best time to witness Winterline?

Since this unusual occurrence only happens throughout the winter, October to January are the ideal months to see it. The precise moment to witness this phenomenon, however, cannot be determined because the Winter Line only forms at sunset.

After being absent for nearly two years owing to the COVID-19 epidemic, the festival is making a triumphant return to raise awareness of this unusual natural phenomenon. It is often observed during the final week of December. One can take in the splendor of Uttrakhand's cultures, traditions, and art during this festival.

Among the many activities planned for the carnival is heritage walks, nature hikes, stargazing, performances by local & folk artists, bungee jumping, paragliding, traditional food, unique clothing, craft booths, & puppet shows. You can engage in winter sports, listen to uplifting music, eat delectable food, and much more here! As a result, you ought to stop by this carnival at least once to take in its splendor. Along with the Winter Line phenomena, many people travel to this area to take in the carnival event.