The Snowman Race Bhutan 2022: The Ultimate Race For Climate Action 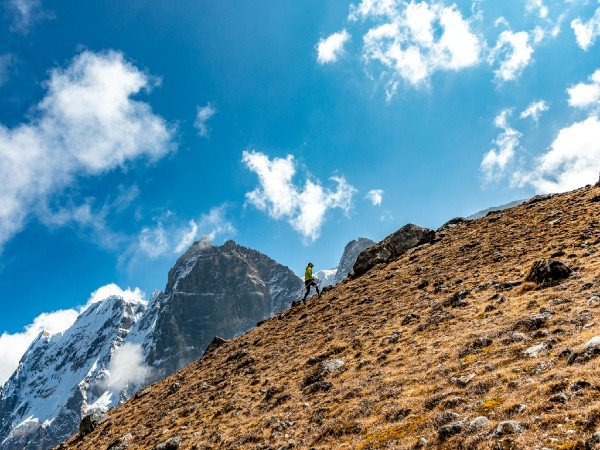 One of the most difficult and high-altitude ultramarathons in the world is about to begin in the kingdom of Bhutan at unexplored heights in the eastern Himalayas. From October 13 to October 17, 2022, the Snowman Race will take place over five days. The route is 203KM (126 Miles) long and traverses the Himalayan mountains, with an average elevation of around 4267m (14,000 ft) with many peaks summiting 5470m (17,946 ft).

About the Snowman Race:

The Snowman Race is an ultramarathon that challenges the fittest and best runners in the world against each other in an effort to spread awareness of the effects of climate change. The Snowman Race follows an ancient high-altitude trekking route known as the Snowman Trek, which can take up to 20 days to complete and has been scaled by fewer people than Mt. Everest.

There will be 29 athletes competing in the event, nine of whom are from Bhutan. The athletes will compete over the course of five days, covering 203 kilometres while ascending an average altitude of 14,800 feet, which is oxygen-poor. The route, which has only been finished by a small number of people, is said to take 20 to 25 days to complete on average. At 17,946 feet, this trail's highest point will be located.

The vision of His Majesty of Bhutan:

The Snowman Race Secretariat launched the Race on behalf of the Tourism Council of Bhutan (TCB), and it is expected to be a spectacular and worth witnessing. The Snowman Race, according to reports, is inspired by His Majesty the King of Bhutan's vision, who wants to utilize it as a platform to raise awareness of the climate emergency the world is currently experiencing. The occasion will draw attention to the overt effects of global warming, particularly in areas like the high Himalayas.

A day after the race concludes, a virtual climate conclave will wrap up the five-day event and provide insight into how global warming is affecting some of the most significant ecosystems, including the high Himalayas and other fragile ecosystems.

Along with Bhutan, athletes from the United States, Japan, Canada, Australia, Germany, France, Singapore, Switzerland, Tanzania, and the United Kingdom are anticipated to compete in the ultramarathon.

Some of the most beautiful landscapes in the nation will be traversed throughout the race. These include the uninhabited Lunana region, which is home to a group of nomadic herders who live between glaciers. The highest unclimbed mountain in the world, Gangkhar Puensum base, will also be crossed by competitors.

The mountain passes between Gasa Dzong and Chamkhar Town in Bumthang are also part of the route. Jigme Dorji National Park and Wangchuck Centennial Park, two of Bhutan's biggest national parks, are included. Both parks have a variety of rare and protected plants and animals, making them the most biodiverse regions of the eastern Himalayas.

Bhutan has pledged to always be carbon neutral, making it one of the world's most ambitious climate commitments. Bhutan's forests also contribute to halting global warming by absorbing carbon dioxide. Speaking further on this, Ambassador Kesang Wangdi, Chairperson of the Snowman Race Board, noted that Bhutan has always been a global voice for climate change because we are all in great danger from its effects. He continued, "This race and everything it represents is a metaphor for the difficulties we still face. The future of our planet and all of its inhabitants will be greatly influenced by what happens in the coming years.

1) The Snowman Race Bhutan aims to draw the world's attention toward climate change and its dangers.

3) The Snowman Race will cover the trekking route of the majestic Snowman Trek.

4) The Snowman Race will be 203 kilometres (126 miles) of the Himalayan wilderness.

5) The Snowman race will start at Gasa dzong and will end at Chamkhar, Bumthang.

6) The Snowman race is the ultimate race for climate action.