What Is Happening In Joshimath? Updated Facts & Information 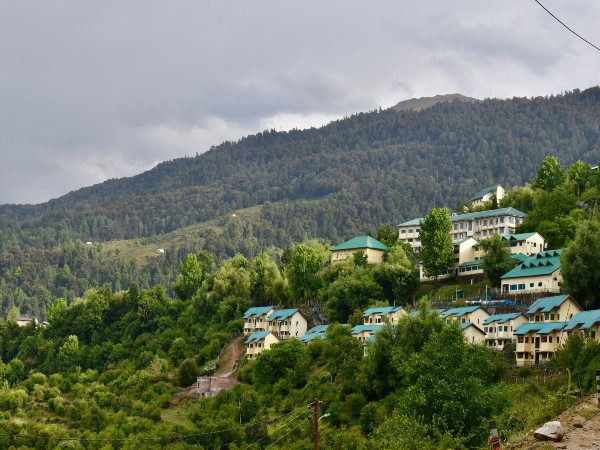 Joshimath, also called "Jyotirmath," is a city in the Uttarakhand province's Chamoli district which is a major Hindu religious site. At an elevation of 1875 meters, it provides access to a variety of activities, including hiking, Himalayan Mountain climbing expeditions, and pilgrimage sites like Badrinath Dham, one of the Chardham Yatra including Kedarnath, Gangotri, & Yamunotri.

In this article, we will understand what is happening in Joshimath, what is its religious importance, why and how it is sinking, major reports and observations, what is the current situation, preventive measures, etc.

The religious importance of Joshimath:

One of Adi Shankara's four pillar institutions, the others being located at Dwarka, Puri, & Shringeri, is Joshimath. The Shankaracharya Math is located there. The 4 institutes are spread across India's four geographical regions: the north, south, west, & east.

Joshimath is also thought of as the only access point and gateway to the holy city of Badrinath. Thousands of people choose to spend the night there before continuing to the Badrinath.

The four Shankara followers Padma-Pada, Hasta-Malaka, Totakacharya, & Suresvaracharya were given the responsibility of managing these four centers. According to Hinduism, Joshimath is a significant city as at this location, Jagatguru Shankaracharya performed penance.

At the same time, Joshimath is also referred to as the home of Narasimha Devta in mythological traditions. A Narsingh Dev temple in Joshimath dates back 1200 years. The Narasimha Devta idol was placed here by Adi guru Shankaracharya.

For pilgrims traveling to the Char Dham, Joshimath functions as a stopover. Many holy locations are visited on the way to journey to the shrines of the 4 holy sites named, Kedarnath, Badrinath, Gangotri, & Yamunotri. Among them is Joshimath. People who are on the Char Dham Yatra in Uttarakhand stop in Joshimath for the night.

What is happening in Joshimath:

Joshimath, a town in the Chamoli district of Uttarakhand, is sinking at an extremely high rate of 6.5 centimeters per year and has descended into panic. In just 12 days, it has plummeted at an alarming speed of 5.4 cm. Numerous factors contribute to this sinking, often known as slope instability in science and geography.

More than 150 households have been relocated to safer areas, and it is known that over 800 homes have developed cracks. The problem has grown into an emergency, and the governments of Uttarakhand and the central government are frantically trying to solve it.

The India Meteorological Department has forecast snow and rain for Joshimath, Chamoli, and Pithoragarh for the dates of 19, 20, 23, and 24 January. On January 19 and 20, rain is a possibility, while rain and snow are also possible on January 23 and 24.

In such a scenario, the Joshimath disaster-affected area's government, administration, and district administration will need to be on high alert. After land subsidence started in Joshimath, hundreds of inhabitants were relocated to relief centers in secure locations. 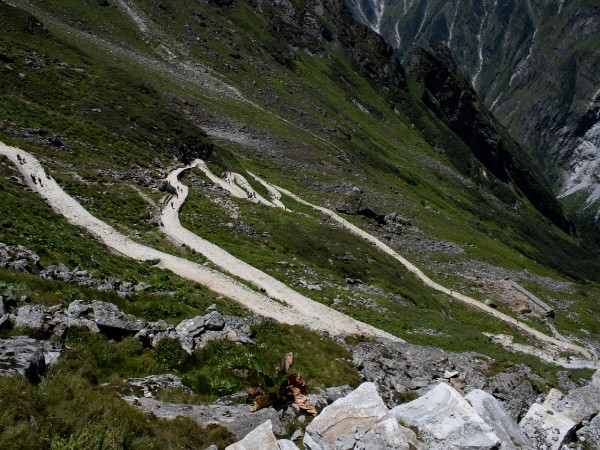 Toughest Pilgrimage Destinations In India; Here Is The List

How it all started?

Joshimath inhabitants first became aware of small cracks in their home's walls in October 2021. Residential as well as other army buildings in the city of Joshimath suffered damage as a result of these cracks' steady expansion, which left enormous gaps in the city's topography.

Geological experts conducted a study in August 2022 that left certain homes and buildings utterly untenable, turning the city into a dangerous area and causing residents to escape.

According to recent official data, the total number of impacted buildings in the city region has increased to 849. Since the 1st week of January, over 280 buildings in Joshimath, Uttarakhand, have developed cracks as a result of land subsidence.

Some important observations and reports:

The 2021 floods in Uttarakhand, which severely affected Joshimath, may be responsible for the recent cracks being much bigger than those that have been observed. The city is prone to earthquakes, landslides, & floods due to its geographic location.

The Centre asked MC Mishra, the Garhwal collector at the time, to investigate why Joshimath was sinking almost 50 years ago. It is impossible to overstate how prescient the 18-member committee's findings were. It advised that construction be halted in Joshimath and made it very evident that the city was built on an old landslide zone & could collapse if development proceeded unabatedly.

Joshimath rests atop an old landslide, not on rock, but on a deposit of sand & stone. By eroding the river banks & mountain peaks, the rivers Alaknanda as well as Dhauli Ganga contribute to the occurrence of landslides. The 1976 Mishra Committee Report noted that it is thought that rising construction activity and a population increase have contributed to the area's recurrent landslides.

Landslides can also occur when there is inadequate drainage infrastructure. The formation of cavities between the soil, as well as the boulders, is caused by the presence of soak pits, which let the water slowly seep into the earth. According to the report, this causes soil erosion and water seepage.

Preventive measures by the Uttarakhand government:

Currently, the government is taking steps to safeguard the public and has taken the initiative to shut down large projects that have been set up in the area. Joshimath is in an alarming state, as seen in ISRO's satellite photographs. Uttarakhand government is also mechanically demolishing certain structures/ buildings that cannot be repaired to reduce the weight on the slopes.

Ranjit Kumar Sinha, the state's disaster management secretary, claimed that the Centre's several technical institutions had set a deadline for the completion of their research on various elements of land subsidence in Joshimath.

Joshimath is suffering from a lot of things together, thousands of people lost their homes and the number of houses with massive cracks went from 288 to 850 just in a blink of an eye. Moreover, Joshimath is suffering from extreme weather conditions where the weather forecast rings the alarm of rains and snowfalls. There are not one but various causes for the current situation of Joshimath. Until any official statement stating the reasons for this heart-breaking disaster, all we can do is keep Joshimath and its people in our prayers.