Famous as a granite city, Jalore is a historical place in Rajasthan which has become a prominent industrial town in recent times on account of producing quality granite. However, it is popular amongst tourists for its religious sites and other historical monuments. It is located on the banks of Sukri river and is one of the fastest-developing towns in the state. As per historical records, Jalore dates back to thousands of years and was ruled by several dynasties, such as Chahamana and Paramara dynasties, before it was captured by Alauddin Khalji, the ferocious Sultan of Delhi, in the early 14th century.

However, later on, it was re-established by the rulers of Marwar. It was also under the control of the Mughal Empire for several decades. Today, Jalore is flourishing swiftly and has become a significant town in the state. Being an ancient town, it is home to several historical monuments and age-old sites. Following is the list of must-visit places in Jalore which are incredibly beautiful.

One of the major attractions in Jalore, Jalore Fort was built during the reign of the Paramara dynasty and was popularly called Golden Mount or Sonagir. It was one of the unbreachable forts ever built in the state, and hence its architectural beauty certainly deserves to be explored.

Located atop a hill, Jalore Fort was constructed in between the 8th and 10th centuries with a motive of saving the entire kingdom of Paramara dynasty from invasion. However, during the early 14th century, it was captured by Alauddin Khalji.

Today, the fort is standing strong in ruins narrating its legendary past of existence and survival. There are several temples and mosques located inside the fort. From the top of the fort, you can savour the panoramic beauty of the town.

Have you ever been to any 900-year-old temple? If not, then you must plan a tour of Sundha Mata Temple. Dedicated to Chamunda Devi, the temple is located atop a hill and is made up of white marble. The temple is said to be one of the oldest temples in the state and is believed to have been established during the Chahamana dynasty.

Surrounded by lush green vegetation and blessed with a peaceful and composed atmosphere, Sundha Mata Temple is a perfect place to soothe one's mind, body and soul. Over a period of time, it has become a popular pilgrimage centre amongst Hindus.

Hence, it is visited by thousands of tourists and devotees from all over the state today. You can also visit the nearby Jalore Wildlife Sanctuary and spot some of the rare and endangered species of plants and animals.

A marvellous beauty which must not be ignored by any traveller while in and around Jalore, Topekhana was built by King Bhoj in between the 7th and 8th centuries as a Sanskrit school. During that period, it was one of the largest and famous institutions of Sanskrit in the state.

However, later on, when Jalore was captured and destroyed by Alauddin Khalji, the school was abandoned and remained a ruined structure for decades. During the pre-independence era, the building was used to keep weapons and ammunition.

Therefore, it got the name Topekhana, which translates to "an armoury". Today, it can be found in ruins and is visited by several history lovers. If you would love to learn in detail about the history of Jalore, then Topekhana is another spot you must visit.

Located atop Kalashachal Hill, Sire Mandir is a Hindu religious site in Jalore and is dedicated to Lord Shiva. The temple is said to have been built by Raja Ratan Singh several centuries ago. However, no strong evidence to prove its history has been found.

As per local legends, it is also believed that Pandavas, the famous characters from the epic Mahabharata, took shelter inside the temple during their exile. As the temple is located atop a hill, it can only be accessed on foot. You need to trek up a distance of about 3 km to reach the temple. On your way, you will also find temples dedicated to Lord Hanuman and Lord Ganesh.

Shri Munisuvrata-Nemi-Parshva Jinalaya is a famous Jain temple in Jalore and is dedicated to Lord Munisuvrata Swami, the 20th tirthankara, Lord Neminath, the 22nd tirthankara and Lord Parshvanatha, the 23rd tirthankara. The temple is a highly revered pilgrimage site amongst Jain followers. 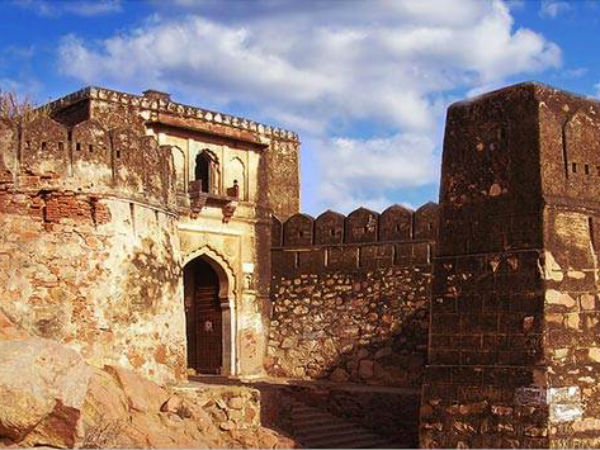 Most Read: Explore The Beauty Amidst Ruins At The Jalore Fort Of Rajasthan