Nativeplanet
»
Travel guide
»Visakhapatnam To Warangal – To The Pride Of Telangana

Visakhapatnam To Warangal – To The Pride Of Telangana 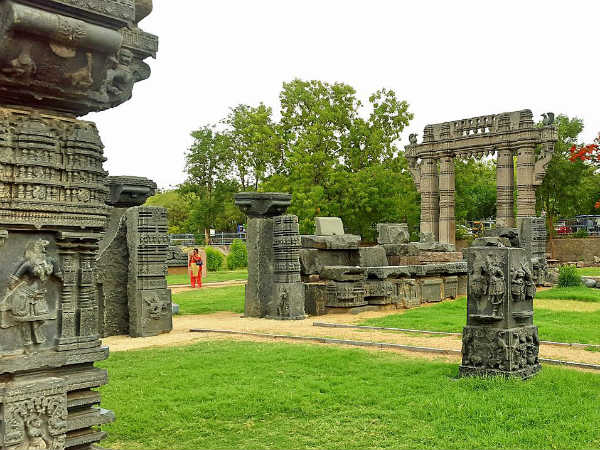 A historic city which has been in existence since the advent of the Common Era, Warangal is a perfect weekend getaway for history lovers. However, due to the presence of several beautiful lakes within its boundaries, it is also a weekend destination for several nature lovers, picnickers and photographers.

Hence, Warangal is also known as the pride of Telangana. Where else in Telangana can you find such an amazing mix of history and nature? Even though it has been converted into a major urban centre, its natural as well historical beauty is still intact.

This is the major reason it is immensely popular amongst local tourists as a perfect weekend getaway. How about planning a trip from Visakhapatnam to Warangal this season? Wouldn't you love to get yourself to this historic city and savour its natural beauty?

Warangal has a semi-arid climate and hence, the temperature is high during the summer season. Therefore, it is a least preferable tourist spot during this season. The best time to visit Warangal is from November until the end of March, as during this period the climate remains favourable with a cool atmosphere.

How To Reach Warangal From Visakhapatnam

By Air: Warangal doesn't have its own airport and hence, you need to take a flight to Hyderabad airport. Once you have reached the airport, you can either hire a direct cab or direct bus to Warangal. The distance between Hyderabad and Warangal is 145 km.

By Rail: Warangal is well connected to Visakhapatnam and other cities by rail and hence, you can catch a direct train from Visakhapatnam to Warangal Junction. It will take you an approximate time of 9 h to reach your destination.

By Road: Warangal is situated at a distance of around 500 km from Visakhapatnam and hence, it will take you an average time of 11 h to reach Warangal by road.

You must take route 1 if you desire to reach your destination within minimum time. Route 1 will take half an hour lesser in comparison to the other route, thereby, reaching Warangal within 10 h 30 min. On your way, you can also visit Rajahmundry and explore its beautiful surroundings.

Rajahmundry is the perfect destination to take a break on your way to Warangal, considering the fact that there are a lot of places to explore within its boundaries. Ranging from natural places to historical sites, this beautiful city on the banks of Godavari river harbours everything.

Due to its age-old settlement, it also boasts of a rich culture and heritage. Hence, it is also known as cultural capital of Andhra Pradesh. The prominent places to visit here include Kotilingeshwara Ghat Temple, Godavari river beach, Dowleswaram Barrage and Cotton Museum. It is located at a distance of about 320 km from Warangal and 190 km from Visakhapatnam.

Warangal is one of the few cities in India which has everything under its arms to explore, ranging from ancient temples to beautiful lakes and historic sites to charming gardens. Therefore, you should not miss out on this wonderful city which has an ample number of tourist centres to satisfy any traveller's wanderlust. Following are the significant places in Warangal which one cannot afford to miss.

The list of places to explore in Warangal is certainly incomplete without adding Warangal Fort, the historic site from where the core settlement of the city flourished several centuries ago. Warangal Fort is believed to have been established during the 12th century when the city was under the reign of the Kakatiya dynasty.

However, later on, it was conquered by several other rulers. Today, the fort is standing in its ruins, but it is still capable of narrating its legends of formation and destruction. You must catch a glimpse of this monumental fort which houses beautiful gates, temples and pillars.

Located in a small town named Hanamkonda at a distance of about 7 km from Warangal, Thousand Pillar Temple is a beautiful instance of an architectural masterpiece. The temple is said to have been built during the early 12th century by the Kakatiya dynasty.

Considering its incredible structural formation, it wouldn't be wrong to say that this peerless temple is one of the architectural wonders from the past. Today, the temple is visited by thousands of Hindu devotees every year as the temple is dedicated to Lord Shiva, Lord Vishnu and Lord Surya.

The natural beauty of Warangal certainly lies in the grandeur of its lakes. The lakes in Warangal are the major places due to which this historic city is equally popular amongst nature lovers. Pakhal Lake, Bhadrakali Lake, Waddepally Lake and Dharmasagar Lake are a few lakes in and around Warangal which are visited by millions of locals every year.

One of the most popular gardens in Warangal, Kakatiya Rock Garden is a beautiful park which is adorned with several rock statues and plants. There is also a gorgeous artificial waterfall within its boundaries which is a major attraction for kids.