Nativeplanet
»
Travel guide
»Unveil The Splendours Of These Marvellous Museums In Thrissur, Kerala

Unveil The Splendours Of These Marvellous Museums In Thrissur, Kerala 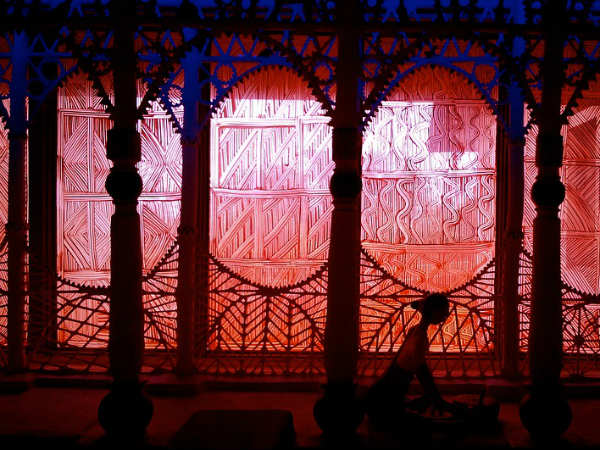 One of the largest cities in Kerala, Thrissur is a fast-developing urban centre in India and hence, it provides its tourists with each and every kind of facility. Even though the surroundings of Thrissur are popular amongst travellers for their scenic landscapes and lush greenery, it is still visited by hundreds of history lovers every year on account of the presence of several ancient monuments and beautiful museums.

As it has been the capital of Kochi Kingdom in the past, you can spot hundreds of historic sites within its boundaries which will certainly take you back in time. How about exploring its museums this season? From witnessing artefacts from Medieval India to relics from ancient era, you can spot thousands of ancient objects known for their cultural, artistic and historical importance. If you are an avid lover of history and art, then following are the museums in Thrissur which you shall not forget to explore.

Located in a small town named Cheruthuruthy and dedicated to Vallathol Narayana Menon, a famous Malayalam poet, Vallathol Museum displays the incredible works and achievements of Vallathol for which he was immensely popular amongst masses.

Ranging from his poems to awards, images to medals and other writings to his life moments, everything is framed within the boundaries of Vallathol Museum, which is also the residence of Vallathol Narayana Menon. After his death, this house was converted into a museum and since then, it has been a favourite destination for history lovers and the followers of Vallathol Narayan.

Today, it is frequented by thousands of tourists every year. How about learning in detail about this great poet through his masterpieces and achievements which are on exhibition in this museum? If you are an artist, then Vallathol Museum is a must-visit destination for you.

One of the few museums in India which are dedicated to the art of wall painting, Mural Art Museum is one of the its kind in Kerala and is located inside Kollengode Palace of the early 20th century. The room, where everything related to the murals of ancient and Medieval Era of India is kept, has been through several renovations.

It started out as a picture gallery in the year 1938 and then later on, it was made into an archaeological museum until it opened for the public in the year 2009. Today, it is visited by hundreds of art lovers and a few history lovers who come here to witness the majesty of the palace inside which Mural Art Museum is located.

Apart from murals, you can witness the beauty of ancient manuscripts, earthen pots, life-size statues, Stone Age tools, temple models and several artefacts found during the excavation at ancient sites of the Indus Valley Civilisation.

One of the most visited museums in Kerala, Archaeological Museum at Thrissur was established in the year 1938 and hence, it is also one of the oldest museums in the state. Located inside Thrissur Zoo, it is frequented by thousands of tourists and locals every year. Ranging from children to adults, it remains an interesting spot throughout the year.

Currently located inside Shakthan Thampuran Palace, it was formerly a part of Kollengode Palace. The major things on display inside Archaeological Museum include earthen pots, ancient statues, beads, paintings, age-old wares, Stone Age tools and several sculptures. If you love history, art and architecture, then this wonderful museum is certainly your calling.

Showcasing the evolution of Ayurveda in India, Vaidyaratnam Ayurveda Museum is certainly one of its kind in Kerala. It has several images, models and charts on exhibition which tell every visitor about the merits, variety and richness of Ayurveda medicine.

If you have been longing for such an interesting place where you can learn in detail about history and the use of Ayurveda, then Vaidyaratnam Ayurveda Museum is certainly a stoppage for you. It is located at Thaikkattussery in Thrissur and was established in the year 2013 after it was inaugurated by A. P. J. Abdul Kalam.

5. Photomuse - The Museum Of Photography

Clear from its name, Photomuse is one of the newly formed museums in Thrissur which is dedicated to the advent of photography. From housing ancient images and photographs to framing the rarest of pictures from the early modern period, it preserves a vast collection of antique pics. If you love photography to the core and desire to learn about its history and evolution, then you must catch a glimpse of Photomuse in Thrissur.

Comments
Read more about: india travel tourism kerala thrissur museums gardens architecture monuments
Other articles published on Jun 19, 2018
We use cookies to ensure that we give you the best experience on our website. This includes cookies from third party social media websites and ad networks. Such third party cookies may track your use on Nativeplanet sites for better rendering. Our partners use cookies to ensure we show you advertising that is relevant to you. If you continue without changing your settings, we'll assume that you are happy to receive all cookies on Nativeplanet website. However, you can change your cookie settings at any time. Learn more
Change Settings Continue