Unknown Facts Which Make Karnataka An Important State Of India 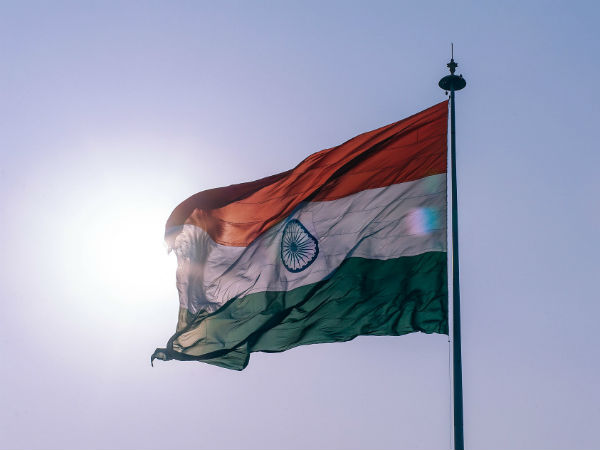 The largest state of South India, Karnataka is no less than a wonder, considering the fact that it is one of the oldest regions in India and is popular for its age-old culture, traditions and heritage. It is also rightly said that Karnataka is one of the few states in India without which the country is certainly incomplete.

Home to IT hub, sandalwood forests, age-old monuments, highly revered pilgrimage sites and innumerable natural marvels, Karnataka is a complete package for every kind of traveller. However, there are still certain things which a very few people know about. These are also the facts that help in defining the beauty of Karnataka. So, wouldn't you love to know about the interesting facts? If yes, then read on.

The Largest Exporter Of Coffee

Yes, Karnataka is the largest exporter of coffee in the country and only a true Kannadiga would know this. Did you know this? Well, if not, then let us tell you in detail that coffee was cultivated for the first time in India at Chikmagalur several centuries ago.

Since then, coffee plantations are common in this beautiful state. Today, Karnataka is not only the largest exporter of coffee but also one of the biggest consumers. Hence, it wouldn't be wrong to say that coffee is Karnataka's state beverage.

Flourish Most Number Of Tigers

Karnataka is home to several wildlife sanctuaries and national parks, thanks to the presence of the Western Ghats in the state which is one of the hottest biodiversity spots in India. Hence, it has become successful in retaining the highest population of tigers in India today. As per a recent survey, there are more than 400 big cats flourishing in the national parks and sanctuaries of Karnataka. Well, that is one really commendable fact.

To everyone's surprise, Karnataka is also the first state where the first private radio station was set up. In 2001, Radio City 91.1 FM was started for the first time in Bangalore. Today, this national channel has more than 50 radio stations of its own all across the country. This is truly an achievement. Did you know about this interesting fact?

Mysore Palace, the second most visited monument in India after Taj Mahal, is certainly the epitome of royalty. Located in the heart of the city and one of the most popular regal buildings in the world, Mysore Palace was built during the late 19th century and since then, it has been a major attraction for tourists coming from all across the globe. Do you really think you can find such a deluxe palace elsewhere in India? Certainly not. Hence, this regal beauty is also called the pride of Karnataka.

The Only State With Permission To Make Indian Flags

Where do you think all these Indian flags come from? Let us tell you that Karnataka is the only state that has the license to manufacture Indian flags. Located at Bengeri in the Dharwad district, Karnataka Khadi and Gramodyoga Samyukta Sangha, otherwise written as KKGSSF, is the unit in India which is authorised to produce India flag. This unit was founded in the 1950s by a group of Gandhians. Today, it is supplying flags all over the country.

Have you ever been to any walk-through aviary? If not, then you must catch a glimpse of Karanji Lake in Mysore where India's largest walk-through aviary is set up. As the lake is surrounded by beautiful gardens, a park and a zoo, it is a popular weekend destination for locals. The aviary houses more than 50 birds, an artificial waterfall and a few ponds. Isn't is a beautiful location?

First To Produce Rocket Artillery In The Country

We have all heard of Tipu Sultan, the most powerful ruler of the Kingdom of Mysore. Do you know he was the first ruler, or say the first-ever person in India, to produce rocket artillery? He did so to assault the British army and protect his kingdom from losing independence. Though his image of being a freedom fighter is still a debatable topic, we still thank him for introducing such a great technique to the country.

Home To Bijapur, The Land Of Five Rivers

If you think the land of five rivers is only Punjab, then you certainly need to correct yourself. Located in the state of Karnataka, Bijapur is also the land of five rivers. The major rivers which flow through this ancient town include Doni river, Bhima river, Krishna river and Sina river. Another interesting fact about Bijapur, which enhances the reputation of Karnataka, is that Bijapur is home to Gol Gumbaz, which is the largest dome in the country and the second largest dome in the world.

Ever heard of Oriental Research Institute? Well, let us tell you that it is one of the oldest libraries in the country and has a large collection of old manuscripts, edits and publishes. Do you know this beautiful library at Mysore also houses the oldest text of Chanakya's Arthashastra? You really need to visit this book world if you are a book lover.