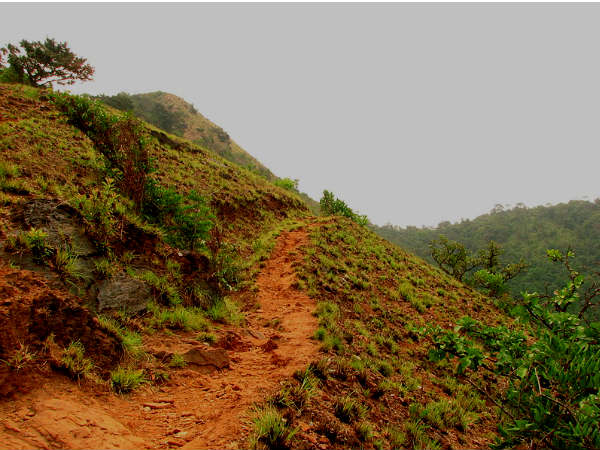 One of the natural heritage sites of South India is Kodachadri which lies in Shimoga district of Karnataka. A part of Western Ghats, Kodachadri trek involves courage and adventure. Dense forest is found all over Kodachadri which makes the environment mysterious and more daring.

Kodachadri lies at an altitude of 1343m. Trekking in Kodachadri is to be planned between October to January. It is 399km from Bangalore and 326km from Tumkur.

An Inspection Bungalow under Government of Karnataka can also be availed by the trekkers in case of emergency.

Trekkers coming from far off places can halt at Kollur which is around 37km or Kundapura which is distanced by 75km. Valur is the last place where one can halt or expect food stuff before the trek starts.

As the trekking trails are proper guides are usually not necessary for the expedition. Trek to Kodachadri begins at Nagodi village or Nittur which is the base camp. Trekkers can camp close to the peak with the permission of Forest Department, Government of Karnataka. Generally there are three routes that are seeked for the trek. Jeep takes the travellers from Nittur which covers a muddy track of 15km.

Hindlumane Falls is one of the greatest sightseeings if one is attempting the next trekking route. From Nittur one can reach Marakutka which is a small bus stop. Trekkers can trek or even take a jeep to Hindlumane Falls from Marakutka. The stones are generally slippery during monsoon when one needs to be very careful and cautious.

Karakkatte is the third route which one needs to take. It is 6km from Nittur. While this 6km can be covered through jeep the rest of the trail can be trekked. Arishinagundi is another waterfalls which is awaiting for the trekkers exploring their route to the peak of Kodachadri. Trekkers interested only in covering this waterfalls need to be well informed about the route. Leeches are found all the way during the monsoons.

Apart from the scenic beauty of Kodachadri trekkers will also find agricultural fields and huts on the way. Enthusiasts can take a refreshing dip in the Hindlumane Falls. The panoramic view from the peak of Kodachadri is mesmerizing which can be reached after overcoming an adventurous trekking trail of 18km. Trekkers are expected to be here with their own trekking gears. During monsoon, proper rain gear is also necessary. Trekkers can also pay a visit to the famous Mookambika Temple at Kollur which is 37km from Kodachadri.