Kollur - In The Divine Arms Of The Devi Mookambika 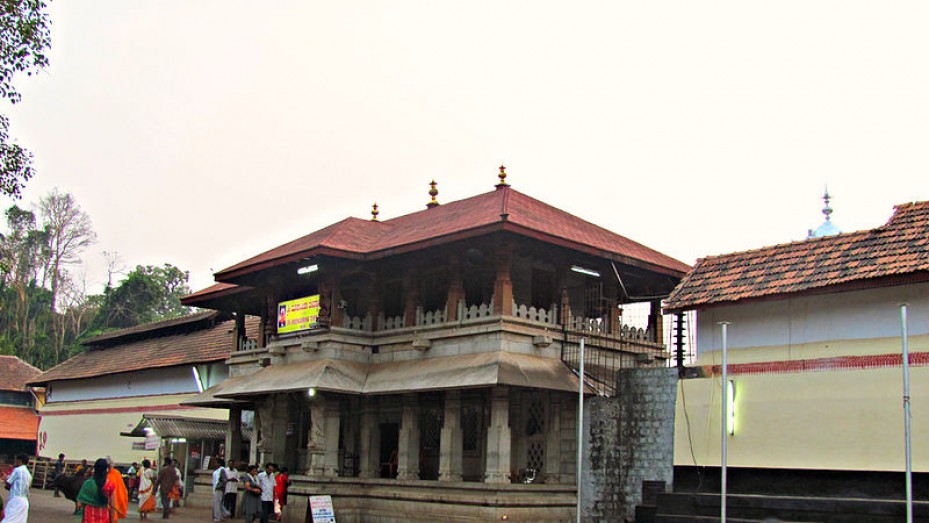 Kollur is a tiny village in the Kundapur Taluk of Karnataka that is a special destination for pilgrims from all over the country.

Its scenic location against the background of the Western Ghats, on the banks of the perennial Souparnika river, adds to the serene atmosphere of this famous temple town. This is the site of the famous Mookambika Temple, which is said to have been created by Lord Parashurama.

Some Snippets From Its History - Tourist Places In Kollur

The Mookambika Temple is one of the busiest religious centres in the country and it is an important seat of Shakti worship. The Goddess Parvati is said to have killed an Asura called Mookasura here, hence, the name Mookambika.The temple's main shrine originally contained just the Jyotirlinga.

This Jyotirlinga has a Swarnarekha or golden line running across it, dividing it into two uneven halves. The smaller part is said to represent the conscious power personified in the trinity of Brahma, Vishnu and Shiva and the larger half symbolises the creative female forces, Saraswathi, Parvati and Lakshmi.

The beautiful metal idol of Devi Mookambika behind this Jyotirlinga was installed by Sri Adi Shankara. It is said that the devi appeared before him and he requested that she follow him to Kerala where he wanted her to reside, so that he could worship her regularly. The goddess agreed to follow him, but put forth a condition that he should not look back to check if she was following him.

On the way, the anklets on the foot of the devi stopped tinkling, he looked back and the goddess refused to follow him further as per the condition. He had the metal image of the devi installed in the Kollur Temple, behind the Jyotirlinga.

And That's Not All

The Arishna Gundi Waterfalls located deep within the jungle, is a popular tourist spot here. The sunlight falling on the cascade makes it look bright yellow/orange. This gives it the name Arishna (turmeric yellow).

The Kodachadri Hill Range is yet another destination—the place where Sri Adi Shankara had the first darshan of the devi. It is frequented by trekking enthusiasts. A special time to visit this temple town would be during the Navratri or Dussehra, when the nine nights dedicated to the female trinity are celebrated in a grand manner.

Kollur is a part of a wildlife reserve; the Mookambika Wildlife Sanctuary is one of the lesser-known natural reserves. It is aided by the World Wildlife Fund (WWF). Kollur is a place of picturesque beauty that houses breathtaking vistas of valleys, hills and waterways. The temple and the setting will make your visit to Kollur an unforgettable experience.

How To Reach Kollur

October to March is the ideal time to explore the beauty of Kollur.

Kollur is Famous for

How to Reach Kollur