Travel To These Beautiful Weekend Getaways From Kanyakumari 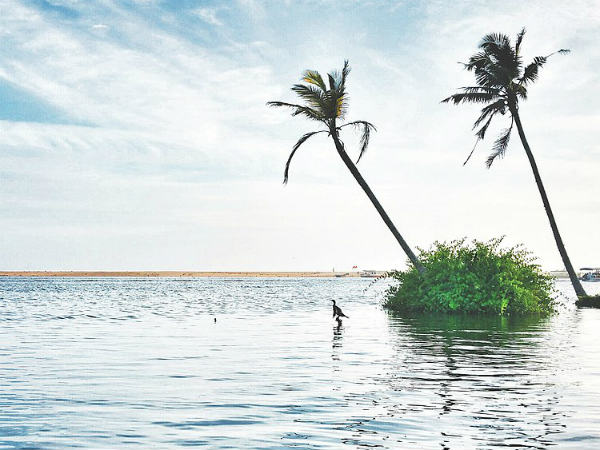 Kanyakumari can be considered as one of the holiest and beautiful places in the state of Tamil Nadu. Every year, thousands of people from all over India and from abroad visit Kanyakumari for a pilgrimage to the holy temple of Goddess Kanyakumari or just to relax and rejuvenate their mind in its serene and peaceful environment.

However, if your hunger for travel and desire to be awestruck by more amazing places does not end at Kanyakumari, then you need to consider exploring its surroundings. There are several places around the beautiful city of Kanyakumari that are certainly way beyond your comprehension. So, don't stop just at Kanyakumari and move further. Following are a few places around Kanyakumari which are worth visiting. Read on to know more about these weekend getaways from Kanyakumari.

Also known as Trivandrum, Thiruvananthapuram is around 100 km away from Kanyakumari and hence, it will take about 2-3 hr to reach it by road. It is easily accessible as it is the largest city of the state of Kerala. The major reason why Trivandrum must be visited on your next weekend lies in its green environment and beautiful aura. Being one of the oldest places in Kerala, it also hosts several ancient sites apart from its nurturing mesmerising scenery.

This city was also referred to as the Evergreen City of India by Mahatma Gandhi and to date is one of the greenest cities in India. Few places in Trivandrum that one must not miss visiting include Napier Museum, Kanakakunnu Palace, Koyikkal Palace, Puthen Maliga Palace Museum, Palkulangara Devi Temple, Padmanabhaswamy Temple and Kuthira Malika.

Thoothukkudi, also known as Tuticorin, is only about 130 km away from Kanyakumari and takes about two and a half hours to reach there by road. Being a coastal region touching Gulf of Munnar, Thoothukkudi is a major industrial hub in South India as it facilitates various trades, such as salt pans, sea-borne trading, and fishing.

Madurai is another major city around Kanyakumari which houses many beautiful temples scattered all over the city. Located only about 250 km away from Kanyakumari, it takes an approximate time of 4 hr to reach Madurai by road. Situated on the banks of river Vaigai, the city of Madurai is blessed with luscious greenery which contributes to its enchanting beauty.

Few places in Madurai which one must not miss are Meenakshi Amman Temple, Alagar Koyil, Koodal Azhagar Temple, Thirumalai Nayakar Mahal, Thirupparamkunram Murugan Temple, Kazimar Big Mosque and Yanaimalai. So, what do you think of planning a trip from Kanyakumari to Madurai this weekend to explore its majesty through its temples and other wonderful places?

Poovar is a picturesque destination in Kerala which is about 72 km away from Kanyakumari and takes less than 2 hr to reach. Being a coastal town in the southern tip of Kerala, Poovar is one of the most sought-after tourist destinations with many captivating beaches. Few of the must-visit places in Poovar are Aazhimala Siva Temple, Royal Backwater, Kuzhipallam Botanical Garden and Elephant Rock.