Torna Fort In Pune – Showcasing The History Of The Maratha Empire 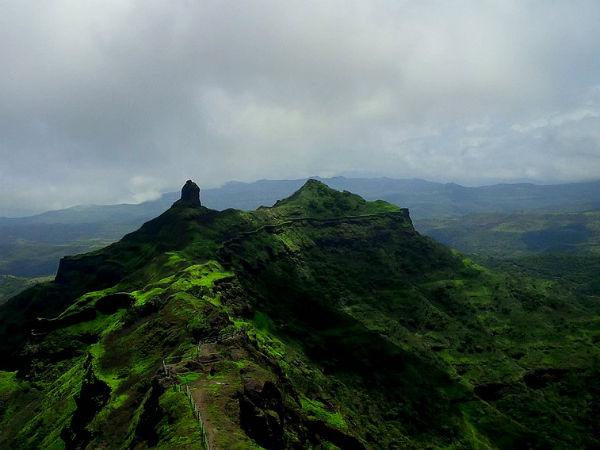 Where else other than Maharashtra can you find amazing hill forts, which on one side narrate the history of the state and on the other side serve as a perfect destination for trekkers? Be it a history lover or a trekker, the hill forts of Maharashtra are never out of the discussion, such is the magnificence of these historic beauties.

As Maratha Empire flourished in the state of Maharashtra, most the forts located within this state are related to them. One such fort flourishing amidst the beautiful hills of the state is Torna Fort. Located in the Pune district, Torna Fort has become an ideal stoppage for trekkers over a period of time.

However, it also remains flooded with numerous history lovers during the peak season. So, what do you think of exploring the beauty of this monumental hill fort and learning about how Maratha Empire is related to it? Read on to know more about Torna Fort in Pune.

Considering the climatic conditions and beautiful surroundings, Torna Fort remains a year-round destination for offbeat travellers. However, for trekkers, it is preferred mostly during the post-monsoon season, when the entire fort is covered with lush greenery and is characterised by a cool and pleasant weather. If you are a seasonal tourists and are looking to trek up the hill and learn everything about this ancient fort, then the best time to visit Torna Fort is from October until the end of March.

Located at an elevation of about 4603 feet, Torna Fort is the highest of them all in the Pune district. Hence, it is preferred mostly by trekkers and campers who come here to get lost in the ecstasy of pristine nature. As per historical records, Torna Fort was built by an ardent devotee of Lord Shiva in the 13th century.

However, when it was conquered by the Maratha ruler Shivaji during the 17th century, it served as a centre of the Maratha Empire. Hence, it is perfectly right to say that the Maratha Empire flourished around Torna Fort. Even though later on it became the possession of the Mughal Empire, it was returned to the Marathas after a doctrine was signed by the Peshwas and the Mughals.

Why You Should Visit Torna Fort

Wouldn't you love to trek up the hill and learn about the history of the Maratha Empire and how it came into picture? If you are ardent lover of history and an avid trekker, then Torna Fort in Pune is, unarguably, your destination. Where else you can spend a few moments in seclusion away from the noisy city life and frame the panoramic beauty of luxuriant green hills?

Apart from trekking and learning about the history, you can also indulge in capturing the captivating beauty of its lush green surroundings as they nurture amid a tranquil and delightful atmosphere filled with a cool breeze. If you are looking forward to exploring beyond the boundaries of Torna Fort, then you can also visit nearby hill forts of Raigad, Rajgad, Sinhagad and Purandar Fort.

How To Reach Torna Fort

By Air: The best way to reach Torna Fort if you desire to travel by air is to take a direct flight to Pune Airport and then from there, a cab to Torna Fort. The distance between the airport and the fort is just 60 km; hence, it will take you an approximate time of 1 h 30 min to reach your destination from the airport.

By Rail: The nearest railhead is also located in Pune at a distance of about 52 km. Once you have reached the station, it is wise to hire a taxi to reach the base of Torna Fort from where you need to trek.

By Road: The region around Torna Fort is well connected to other cities and towns by road and hence, you can drive on your own directly to Torna Fort by road.