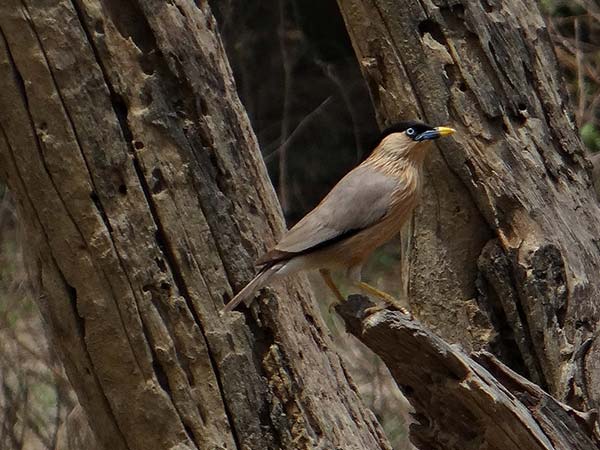 Located in the northeastern part of India is Bihar, one of the states which has been rich in culture, heritage and tradition since the time of its outset. It is the place where wisdom started paving its way from Nalanda University. Being one of the oldest places in the world, Bihar is famous amongst tourists for its historical beauty and ancient monuments.

However, today it is also gaining fame amongst nature lovers. Yes, Bihar also harbours natural gems; the rich vegetation and vibrant wildlife dispersed all across the state proves it. So, how about visiting Bihar to explore its scenic beauty this time?

Valmiki National Park is the most popular protected land in Bihar. Established in 1989, this beautiful park has become one of the most visited spots for nature lovers and photographers. Valmiki National Park comprises of hills, valleys, forests, grasslands, swamps and cliffs due to its location in the Himalayan Siwaliks. Rich in biodiversity, this wonderful national park is also home to numerous species of animals, birds, plants, insects and reptiles.

The major species found here include Bengal tiger, Indian rhinoceros, flying squirrel, nightjars, green pigeons, grey shrike, gharial, canebrakes and various kinds of butterflies. If you desire to spend valuable time resulting in the formation of timeless memories, then Valmiki National Park is a must-visit destination for you.

With the vast stretch of 1342 square kilometres, Kaimur Wildlife Sanctuary is the largest protected area in Bihar. Apart from hosting several endangered and rare species of animals and birds, it also hosts several waterfalls and lakes where you can savour the presence of Karkat Waterfall, Telhar Kund and Anupam Lake.

The major animals found here include Bengal tigers, Indian boars, sloth bears, nilgais, etc. It is also a permanent home for birds, such as kingfisher, bulbul, pigeon, swallow, falcon and many other species. Allured by the exotic beauty of Kaimur Wildlife Sanctuary, several migratory birds are also seen here.

Kanwar Lake Bird Sanctuary is the ideal place if you are looking forward to witnessing the unseen beauty of birds. From critically endangered to vulnerable species, this beautiful sanctuary is home to several aboriginal and migratory birds. What can be better than listening to the melody of birds mixed with air blowing all around?

Once you are inside the boundaries of Kanwar Lake Bird Sanctuary, you will definitely be surprised by its richness and magnificence. The major birds which can be noticed here include long-billed vulture, sarus crane, painted stork, red-naped ibis, etc.

Located in the Bhagalpur district of Bihar, Vikramshila Gangetic Dolphin Sanctuary is a protected area where you can spot Gangetic dolphins. Yes, you heard it right. You need not go to some far away location when you can enjoy the presence of dolphins in this sanctuary.

It is basically a vast stretch of Ganga river with an approximate length of 50 km; you need to have patience if you are looking forward to catching a glimpse of dolphins playing in the waters of Ganga. Apart from nurturing dolphins, this sanctuary is also home to several other species of aquatic life, such as otter, gharial, turtle, etc.

Established in the year 1976, it is the oldest wildlife sanctuary in Bihar and is located in the Munger district. Bhimbandh Wildlife Sanctuary is generally a forest cover with an approximate area of 680 square kilometres. Being such a large protected land, it has to be filled with natural marvels in the form of exotic wildlife and picturesque landscapes.

The major species of wildlife found here include animals, like wild bear, rabbit, leopard, barking deer, hyena, etc., and birds, such as peafowl, nightjars, black-necked stork, vulture, etc. You can also play around and enjoy the charming atmosphere of Sita Kund and Kharagpur Lake. How about getting yourself amid the greenery of Bhimbandh Wildlife Sanctuary in Kharagpur Hills?