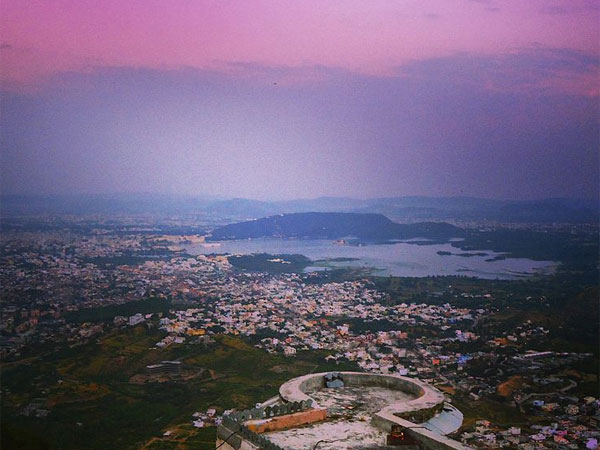 Located in the Pali district, Ghanerao is a small village which originally belonged to the Mewar district in Rajasthan. The village is quite popular for its cultural heritage and wildlife. Ghanerao was a economic centre during the era of Mewar rulers and was known for its prosperity. The village houses a number of Hindu and Jain temples such as Charbhujaji, Laxmi Narayan and Sri Britwesar Mahadev Temple. There are a total of 11 Jain temples in Ghanerao with Muchhal Mahavir Temple being the most famous amongst them all.

It is often said that actual Rajasthani beauty lies not only in the palaces and forts of the state, but also in the small villages which still portray the rich culture, tradition and heritage of Rajasthan. So, if you happen to visit Ghanerao, then here is a list of places that you should visit to experience the actual heritage of Rajasthan.

Built in 1606, the Ghanerao Castle showcases the lifestyle of the royal family. A Rajput soldier of Mewar owned the Ghanerao Castle, but now the castle has been transformed into a heritage hotel in Rajasthan. The royal chandeliers and intricate lattice work give a flavour of the luxurious lifestyle to the tourists.

Ever since Maharaja Kumbhal constructed the fort, it has seen a number of rulers, including Maharana Pratap. The fort, which is located at the top of a hill, gives a beautiful aerial view of the town lying at the foot of the hill. Spread over a huge area of land, the fort features a Hindu temple which is dedicated to the local goddess. It is said that human sacrifices used to take place in this temple in exchange of boons. This fort is located at a distance of about 50 km from the Ghanerao village.

Located at a distance of 50 km from Ghanerao, Kumbhalgarh Sanctuary, which got its name from the Kumbhal Fort, houses a number of wild animals and is extremely popular for horse safaris. Covering a huge area from the Pali district to Udaipur, this sanctuary is the home of many beautiful and rare birds making it a perfect place for the birdwatchers. Kumbhalgarh Sanctuary also conducts several trekking programs for its tourists.

Built in 1020 CE, this is one of the rarest Jain temples in India where the statue of Mahavir can be seen with a moustache. It is believed that this depiction was a result of great faith intermingled with local traditions. The Mahavira Jain Temple, situated in the Ghanerao village, attracts a large number of devotees and is quite popular amongst the neighbouring regions.

The Gajanand Temple is situated in the Ghanerao village and is famous for a gigantic statue of Lord Ganesh which can be seen guarded by Lord Hanuman. Apart from Lord Ganesh, the temple also features his wives, Riddhi and Siddhi. This is one of the most beautiful temples in the village and it attracts a lot of devotees as well as tourists for both his spiritual importance and aesthetic beauty.

Comments
Read more about: travel india rajasthan heritage historical trekking wildlife palaces
Other articles published on Apr 27, 2018
We use cookies to ensure that we give you the best experience on our website. This includes cookies from third party social media websites and ad networks. Such third party cookies may track your use on Nativeplanet sites for better rendering. Our partners use cookies to ensure we show you advertising that is relevant to you. If you continue without changing your settings, we'll assume that you are happy to receive all cookies on Nativeplanet website. However, you can change your cookie settings at any time. Learn more
Change Settings Continue