Top 5 Places In Bhilwara, Where The Aadhar Card Of Osama Bin Laden Was Generated 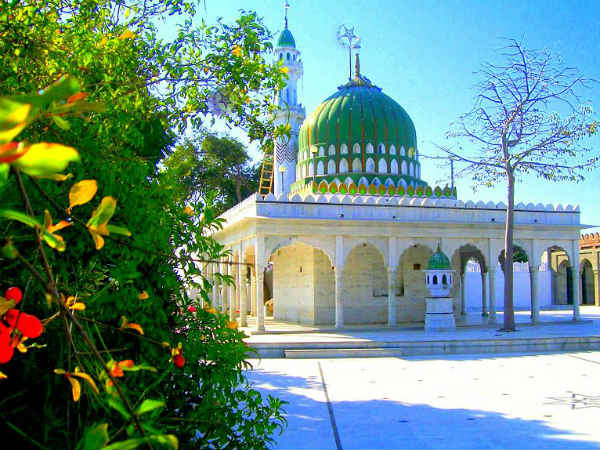 Located in the Mewar region of Rajasthan, Bhilwara is one of the largest districts in the state and is popular amongst tourists for its historical significance. However, it is also frequented by several Hindu devotees on account of the presence of numerous religious sites. The history of Bhilwara dates back to the era of the 11th century when the area was under the Mewar kings.

However, the exact time of its outset is still unknown. As per legends, the town has derived its name from a local tribe named Bheel, who helped the Mewar King Maharana Pratap in a war against the Mughal King Akbar during the 16th century. Since then, it has been called Bhilwara, i.e., the land of Bheels. Today, it is popular for its historical sites and has also emerged as a significant industrial city in the state.

Do you know Bhilwara is the same place where Osama Bin Laden's, the dead terrorist, aadhar card was generated a few years ago? How about getting yourself to this historic town and exploring its hidden corners? You can also spot several natural places within its boundaries in the form of lakes and rivers. Read on to know more about major places in Bhilwara.

One of the popular religious sites in Bhilwara, Kyara Ke Balaji Temple is a place where an image of Lord Hanuman had appeared naturally on a rock. When, on one side, people are clueless about this incident, on the other side, there are several people who have considered it as a pilgrimage site. Hence, the site is visited by thousands of Hindu devotees annually.

There are several other temples, such as Patola Mahadev Temple and Ghata Rani Temple, located in its vicinity atop beautiful hills of the Aravalli Range. So, what do you think of getting yourself to this interesting temple and unravelling its mysteries? The presence of green surroundings adds on to the natural beauty of the temple.

Another significant temple within the boundaries of Bhilwara, Harni Mahadev is located at a distance of about 8 km from the city centre and is known for its age-old Shivalinga, which is believed to have been discovered by the ancestors of the Darak family several centuries ago under a mountain. Since then, this site has been a major worshipping centre for the locals.

However, it has developed into a prominent religious site today and is frequented by Hindu devotees in thousands. As the temple is dedicated to Lord Shiva, Harni Mahadev Temple is considered as one of the important pilgrimage sites amongst Shaivites. You can also visit other nearby temples.

If you desire to take a break from historical monuments and learning about the history of Bhilwara, then you can come to Mansarovar Lake and get immersed in its pristine and peaceful surroundings. Located within the main town of Bhilwara, this beautiful lake acts as an evening destination for locals.

Hence, you can find a lot of people roaming around the lake and enjoying its relaxing aura at the time of dusk. Wouldn't you love to sit alone and get lost in the ecstasy of nature? Considering its pleasant surroundings, it wouldn't be wrong to call Mansarovar Lake the heart of Bhilwara town. You can also explore its nearby gardens and beautiful parks.

Is it really possible to talk about any place in Rajasthan without mentioning forts? Well, certainly not. Forts are the most valuable splendours of Rajasthan and can be found in its each and every district. There are a few forts in Bhilwara too which reflect the glorious era of their respective regions, such as Badnore Fort and Mandalgarh Fort. If you are keen on exploring forts, then you can also visit the nearby Chittorgarh Fort, which is located at a distance of about 65 km from Bhilwara.

Shahpura is a beautiful city in Bhilwara district and is characterised by religious sites and ancient monuments. Well, that is so common in the cities of Rajasthan. The major thing which distinguishes it from other cities and towns in Maharashtra is the presence of the biggest Ramdwara of India within its boundaries.

Ramdwara is generally a religious site which is considered as one of the highly revered places amongst the followers of Lord Ram. Apart from Ramdwara, there are several other historical monuments and temples at Shahpura which will certainly interest you. So, how about spending a day at this wonderful city of Bhilwara and learning about its history?

Comments
Read more about: india travel tourism rajasthan chittorgarh forts lakes temples hills mosques
Other articles published on Jul 4, 2018
We use cookies to ensure that we give you the best experience on our website. This includes cookies from third party social media websites and ad networks. Such third party cookies may track your use on Nativeplanet sites for better rendering. Our partners use cookies to ensure we show you advertising that is relevant to you. If you continue without changing your settings, we'll assume that you are happy to receive all cookies on Nativeplanet website. However, you can change your cookie settings at any time. Learn more
Change Settings Continue