Top 5 Peaks In Karnataka: Perfect For The Summers 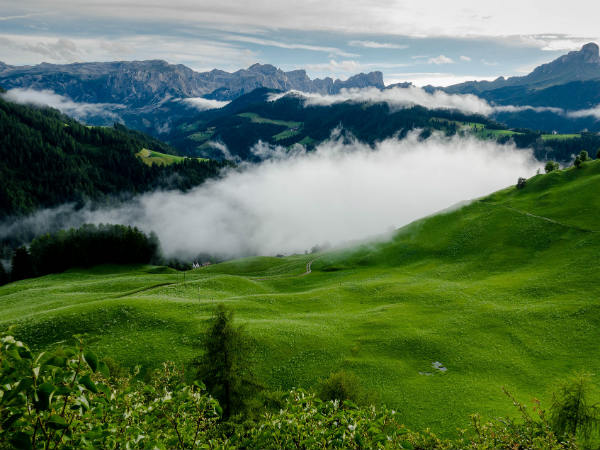 So, when we are talking about a state which is known to harbour some of the most beautiful hill stations in South India, then it becomes common to discuss its highest peaks as well. Therefore, let's go in detail about the top peaks in Karnataka which are much more than just peaks.

From trekking to camping, paragliding to hiking and photography to exploring wildlife, there is a lot to do within the boundaries of these peaks which stand tall and strong and define the freshness and composure of nature. Hence, they are also perfect summer stoppages this season. Scroll down to learn more about the height of these peaks and their location.

With an elevation of about 6316 feet, Mullayanagiri is the highest peak in the state of Karnataka and hence, it is an ideal location for trekkers and campers. Flourishing peacefully in the Western Ghats, this beautiful hill station got its name from a small temple, which is dedicated to Mulappa Swamy and is located at the summit of the peak.

How about conquering this staggering height of Mullayanagiri this season? If you are looking to spend your summers amidst heavenly expansion of nature, then this enthralling peak is your destination. You can also spot a few caves on your way to the summit, where Lord Mulappa Swamy used to meditate.

Baba Budangiri is one of the least-explored peaks in Karnataka despite being home to such an amazing presence of raw nature, which comprises of squashy meadows and lush vegetation. Located in the Chikmagalur district, this splendour of the Western Ghats is certainly a beauty to savour and frame. It stands at an elevation of 6217 feet.

Baba Budangiri is commonly famous for the shrine of a saint, Hazrat Dada Hayat Qalandar. Therefore, it is also considered a site of religious importance, there by, attracting hundreds of Hindu and Muslim devotees every year. As the natural beauty of Baba Budangiri is still unexplored, it makes for a perfect weekend destination away from the crowd and pollution of the city. You also get to avail the opportunities of enjoying its waterfalls, caves, lakes and other temples.

Kudremukh is one of the most popular trekking destinations in Karnataka and is frequented by thousands of trekkers and nature lover every year. Touching a height of 6214 feet, this small paradise is an eye-soothing experience. It is the first and last stoppage of every traveller looking to explore the grandeur of Karnataka; such is the charm of Kudremukh.

From heavenly water cascades to sparkling lakes, colourful parks to rich wildlife, there is a lot to contemplate here. If you are looking for an ultimate place which should be capable of satisfying your wanderlust, then Kudremukh is the journey you must chose to embark on.

Also known as Pushpagiri, Kumara Parvatha stands at a height of 5617 feet and is spread across several districts of Karnataka. As the climate remains favourable throughout the year, it becomes an idyllic destination in the respective region to enjoy the nascent beauty of nature.

Due to its richness in diverse wildlife, it has been converted into a wildlife sanctuary, which houses hundreds of rare species of animals and plants today. You must visit this Pushpagiri Wildlife Sanctuary if you are an ardent lover of nature and love camping as well.

Nandi Hills is one of the most visited hill stations in South India and has become an ultimate weekend getaway from Bangalore. Wouldn't you love to say hello to the misty mountains and literally get in touch with the white clouds moving all around the peak of Nandi Hills? With an elevation of 4849 feet, this unimaginable beauty is best savoured during the time of dawn and dusk. So, how about planning your next trip to Nandi Hills and watching the beauty of sunrise at its best?