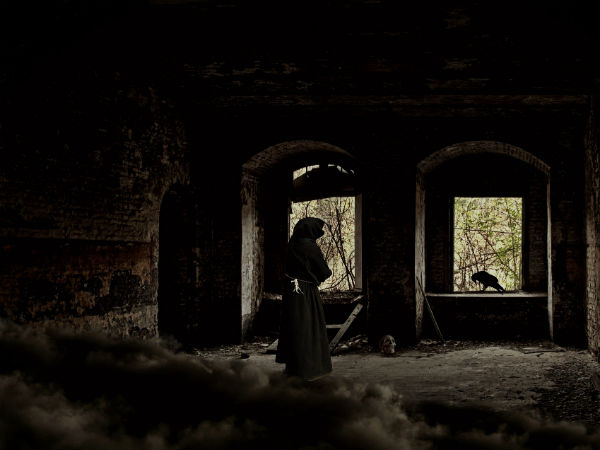 Can you imagine that a place like Goa, a lively destination famous for its beautiful nightlife and beaches, is also home to several haunted places where one cannot dare to stand at even for a minute? If you have never thought of this beach destination as a spooky site, then you need to read this article to know everything about the dark side of Goa.

Even though the presence of haunted places in India is certainly a common thing, it is assuredly a surprise if we find such places in the gorgeous state of Goa. We have always seen Goa as the party capital of India and if out of nowhere we come across its haunted places, it will definitely give us nightmares. So, let's move on and learn in detail about these haunted places in Goa.

Located in the North Goa district, it is a small village and is known for its beautiful churches and a few historical monuments, which have been in existence for decades. However, over a period of time, it has become infamous for its haunted places which are believed to be possessed by an evil spirit named Christalina.

Even though the story of Christalina is still unknown, it is said that many villagers have spotted her under the banyan tree of the village late in the night, which is considered as her breeding ground. There have been several incidents in the village when people were possessed by Christalina, thereby, making them act abnormally.

As per local legends, it is also believed that if anyone goes near that banyan tree after 9 pm, they would certainly be possessed by Christalina. So, what do you think of Saligao Village and its spooky sites? How about catching a glimpse of this banyan tree in Saligao?

Another site in Goa that can give you an uncanny experience, Baytakhol is popular amongst locals for its haunted road which is believed to be the home of an evil spirit. As per natives, the road is possessed by a local woman who died in an accident here after no one came to help her.

Since then, she is living on this road and disturbs every passer-by, thereby, leading to several accidents. It is also believed that if you cross the road during the night, you can see the spirit of the woman through your naked eye. How about visiting this interesting spot and unravelling its mystery?

Another haunted road, Igorchem Bandh is located at a small hamlet named Raia in the South Goa district and is immensely popular amongst locals who have had a frightening experience while crossing this road. The major thing which distinguishes Igorchem Bandh from other haunted places in Goa is that here you can feel the presence of an evil spirit even during the daytime.

Situated behind Church of Our Lady of Snows, this spooky stretch of road must be on your bucket list if you love untangling the puzzles related to ghostly sites. However, you need to be careful as it is believed that if anyone dares to cross this road during the afternoon, they will certainly get possessed by ghosts.

One of the most popular haunted churches in Goa, Three King's Church is located in the Causalim Village and is believed to have been ruled by three Portuguese kings whose bodies are said to be buried inside the compound of the church. As per locals, it is said that the spirits of these kings turn into humans every night and hence, they can be seen roaming around the church freely.

There have also been several incidents of demonic possessions during the night. If you are planning to catch a glimpse of Three King's Church, you need to be very careful at night. What if you come across the ghosts of these Portuguese kings? Isn't is scary?

An abandoned hotel built by the Russians, Ghost Hotel is believed to the place where paranormal activities happen in real life. As per records, it is said that several passers-by have noticed evil spirits in the empty compounds of the hotel.

It is also believed that if anyone dares to go inside the hotel compound, they will be lost in the void and will never return to life again. However, there are no reports of people getting possessed by evil spirits in and around the region of Ghost Hotel. So, how about getting yourself to this secluded hotel and watching evil spirits?

Comments
Read more about: india travel tourism goa church weekend
Other articles published on Jun 21, 2018
We use cookies to ensure that we give you the best experience on our website. This includes cookies from third party social media websites and ad networks. Such third party cookies may track your use on Nativeplanet sites for better rendering. Our partners use cookies to ensure we show you advertising that is relevant to you. If you continue without changing your settings, we'll assume that you are happy to receive all cookies on Nativeplanet website. However, you can change your cookie settings at any time. Learn more
Change Settings Continue