Top 5 Beach Towns In Karnataka And Their Appealing Tourist Spots 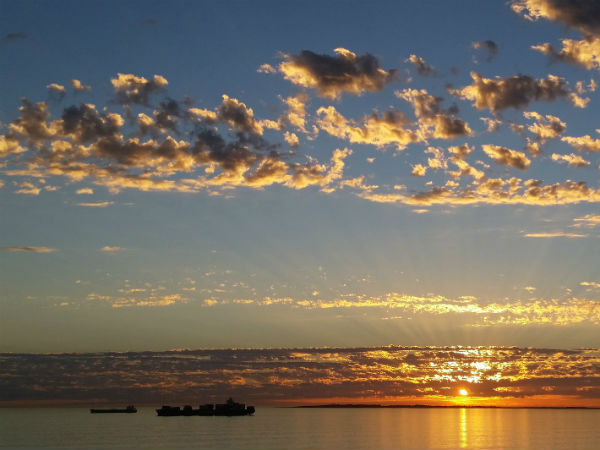 Karnataka is the land of heavenly beauties. Each and every town and village of this beautiful state houses spots of historical, cultural and natural significance. Be it hilly regions, beach areas or valley settlements, Karnataka is nowhere deprived of tourist spots. So, how about exploring its beach towns this season?

Adorning the western coastline of India, these enthralling beach towns can certainly get you an everlasting experience through their unforgettable stoppages. Apart from beaches, you also get the opportunity of exploring ancient marvels. If you are a traveller who always looks forward to exploring places irrespective of their attractions and physical environment, then you must plan a tour of the following beach towns in Karnataka which are wonders in their own realms.

Famous amongst tourists for its clean and uncrowded beaches and ancient temples, Udupi is a fast-developing town of Karnataka and is also known as a pilgrimage centre on account of the presence of several age-old and highly revered religious sites. Over a period of time, it has also turned into a major commercial town in Karnataka and hence, it provides its visitors with every kind of facility.

If you are planning a weekend getaway where you can chill around beaches, temples, historic places and at the same time, enjoy a modern life, then Udupi is the perfect beach town for you. The major temples here include Sri Krishna Temple and Ashta Mathas.

If you are keen on lazing by the beaches and savouring its pristine and alluring atmosphere, then you can visit Malpe Beach and St. Mary's Island Beach. You can also go beyond the boundaries of the core settlement and explore the surroundings of Kundapur town nearby, where Maravanthe Beach is located.

Settled in the Uttara Kannada district and flourishing amidst the expanse of the Western Ghats and the Arabian Sea, Karwar is an unblemished beauty, which should not be ignored by any offbeat traveller. Famous for its small-scale industries indulging in the production of ornaments, the beach town of Karwar is also involved in agriculture and fish business.

As the history of the town dates back to the early 19th century during the British period, you can also spot several sites of historical significance within its boundaries. Being a beach town, how can one forget to relish the beauty of its unpolluted and serene beaches which are all set to make your weekend memorable?

These beaches include Karwar Beach, Tagore Beach and Majali Beach. Apart from gazing the beautiful horizon of Karwar while you sun bathe at its beaches, you can also visit its other tourist destinations which include Sadashivgad Fort, Kali river, Maritime Museum, Golari Waterfalls and Anshi National Park.

Undoubtedly, one of the most popular beach towns in India, Mangalore is an ultimate destination for every tourist looking forward to exploring palaces, temples, beaches, waterfalls, forests, grasslands and ancient monuments within the same day. One of the fastest-growing and largest cities in Karnataka, the beach town of Mangalore, also known as the Gateway of Karnataka, is certainly capable of compelling you to extend your vacations.

A tourist destination in the making, Gokarna has become immensely popular amongst offbeat travellers over a period of time. Also known as Temple Town, Gokarna is located in the Uttara Kannada district of Karnataka and is home to several temples, such as Mahabaleshwara Temple. Hence, it is also deemed as a pilgrimage town amongst Hindu devotees.

As the history of the town dates back to thousands of years, it is also considered as a place of historical significance, thereby, attracting a lot of history lovers too. However, the majority of tourists coming to Gokarna include nature lovers, adventure seekers, photographers and seasonal tourists, such is the grandeur of its lush surroundings and peaceful aura.

If you are looking for a beach town where you can spend your holidays in seclusion, then it is advisable to chose Gokarna as your next stoppage. The major beaches here include Om Beach, Kudle Beach, Half Moon Beach and Full Moon Beach. You can also go surfing, boating and fishing in the waters of the Arabian Sea here.

Another beauty sprawling in the Uttara Kannada district, Bhatkal is an ancient settlement and is famous for its age-old culture and hence, it is also home to several religious sites belonging to Hindu devotees and Jain followers. The major place in the region of Bhatkal is the beach town of Murudeshwar, which is extremely popular amongst local tourists for Murudeshwar Temple, which is located along the western coastline of Bhatkal and is dedicated to Lord Shiva.

It is visited by thousands of Hindu devotees every year. Apart from its temple and other religious sites, you can also enjoy the beauty of its clean beaches and relish a few moments while boating and horse riding. Adventure lovers will certainly love this place.

Comments
Read more about: india travel tourism beaches temples gokarna karnataka udupi mangalore forts
Other articles published on Jun 19, 2018
We use cookies to ensure that we give you the best experience on our website. This includes cookies from third party social media websites and ad networks. Such third party cookies may track your use on Nativeplanet sites for better rendering. Our partners use cookies to ensure we show you advertising that is relevant to you. If you continue without changing your settings, we'll assume that you are happy to receive all cookies on Nativeplanet website. However, you can change your cookie settings at any time. Learn more
Change Settings Continue