This Diwali Visit The Land Of Ram - Ayodhya 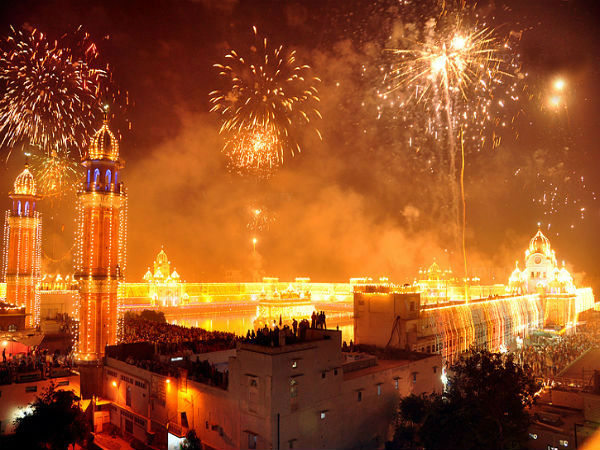 Ayodhya, located on the banks of river Sarayu, is a city of in the state of Uttar Pradesh and is home to rich history and a large number of legends. The city was the erstwhile capital of the Awadh kingdom and holds an important role in the Hindu epic, Ramayana. According to this story, the place is believed to be the birthplace of Rama; the place has always been surrounded by controversies ever since the demolishing of the Babri Masjid in the year 1992.

Leaving aside the controversies, the place is a centre of rich cultural and religious heritage and is home to numerous temples and various other attractions which add to the charm of the ancient city. The demolished Babri Masjid was constructed in the year 1527 by Mir Baqi on the orders of the Mughal emperor Babur, but sadly was pulled out by demonstrators which led to a large-scale communal violence and terrorism.

Since the place is considered as the birthplace of Rama, one would find various temples and monuments dedicated to him and his devotees, such as Tulsidas, Hanuman-many known and unknown.

According to the Ramayana, Hanuman was sent by Rama to procure a medicinal herb from the Himalayas to cure Lakshman after being wounded by Meghanad in the battle. Hanuman was confused which herb to collect and hence, uprooted the entire mountain which contains the herb. As per legends, a part of that mountain is at Ayodhya and was named Mani Parbat.

The peak here measures 65 ft in height and is home to a large number of shrines. It also provides a bird's-eye view of the entire city of Ayodhya and its surrounding areas.

One amongst the most visited shrines in the city of Ayodhya, is Hanuman Garhi, which is located atop a mound and one needs to trek up 70 odd steps to reach the shrine. The temple was initially a cave temple; however, now you get see a fort like structure, which has bastions installed in the four corners. In the main shrine, one would find the idol of Anjani where Bal Hanuman is sitting on her lap, which is a very unique idol to be found.

One of the biggest and the most important temples built in the city dedicated to Rama and Sita Devi is the Kanak Bhavan, also known as Sone ka Ghar, which in translation means "the house made of gold". The temple is aesthetically and architecturally captured along with the idols of Rama and Sita Devi wearing golden crowns.

Dedicated to Lord Shiva, the temple is the abode of one of the 12 Jyotirlingams and hence, is considered holy. According to legends, One day when Kush, the younger son of Rama, was having a bath in the Sarayu river, his armlet slipped and fell into the water. He attempts to retrieve the armlet went in vain, but was returned to him by a Naga Kanya who picked it up from the water and fell in love with him. He built this temple for her as she was devotee of Lord Shiva.

It also said that Chandragupta Vikramaditya rediscovered the city of Ayodhya only due to this temple as it was the lone survivor, when the rest of the city fell into ruins.

Ramkot is the major place of worship in the holy town, it stands atop a elevated ground in the western side of the city. The place witness a large crowd on Ram Navami, which is considered as the birthday of Rama, and on Diwali, as it is considered as the day when Rama returned back to Ayodhya after his 14-year exile.

By Air: The nearest major airport is the Lucknow airport, which is located at a distance of 150 km from here. The airport is well connected to most of the major airports across the country, such as Delhi, Bengaluru, Kolkata, Mumbai, etc.

By Train: Ayodhya has a railway station of its own and has trains connecting to most of the major towns and cities across the country and across the state of Uttar Pradesh.

By Road: One of the best ways to reach the place is by road as it well connected by roads and has plenty of buses which operate to major cities, like Delhi, Allahabad, Lucknow, Varanasi, etc.

Comments
Read more about: travel india temples religious travel ayodhya festivals diwali
Other articles published on Oct 12, 2017
We use cookies to ensure that we give you the best experience on our website. This includes cookies from third party social media websites and ad networks. Such third party cookies may track your use on Nativeplanet sites for better rendering. Our partners use cookies to ensure we show you advertising that is relevant to you. If you continue without changing your settings, we'll assume that you are happy to receive all cookies on Nativeplanet website. However, you can change your cookie settings at any time. Learn more
Change Settings Continue