10 Things to Know About Kavaratti Island 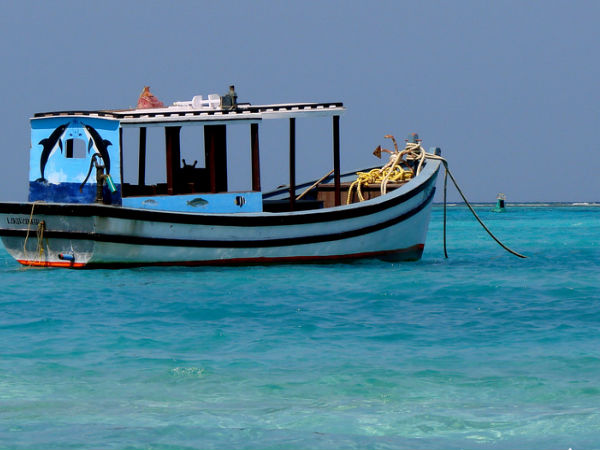 Quietness, pure air and unpolluted nature is hard to find these days. We are accustomed to concrete jungles in such a way that any calm place surprise us. Many times even tourist places are crowded and it is hard to feel that tranquility. In such times, the thought of a place away from the clutches of commercialization is a wonder! Lakshadweep is one among such wonders of India; Kavaratti Island is one of the destinations that retains its virginity and that acts as a key to tourism!

Here are some interesting things to know about Kavaratti Island!

Kavaratti Island serves as the capital of the Union Territory of Lakshadweep. Tourism is the primary industry here.

Lakshadweep is known for the white sand beaches. Pristine white sand shores and the endless lagoons in Kavaratti Island keep you amazed.

Kochi is around 403km to Kavaratti Island and it is the nearest city on the Indian mainland.

Water Sports are a big hit in Kavaratti Island and there are wide ranges of activities for the visitors. Scuba Diving, Snorkelling, Water Skiing, Parasailing, Jet Skiing, Water Bikes, Wind Surfing and Glass Bottomed Boats are some of the famous water sports to try in Kavaratti Island.

The nature itself is a big attraction here. Though there is not much architectural heritage, there are some tourist places in Kavaratti Island. Ajara and Jamnath Mosque, Marine Aquarium (known for the sharks), Desalination Plant (India's first low temperature desalination plant), Urja Mosque and numerous beaches are the main tourist places in Kavaratti Island.

Agatti, Kadmat and Bangaram Islands are the nearby islands and also the tourist destinations in Lakshadweep.

A view from Kavaratti Light House

Kavaratti is not connected through airways even though it is the capital of Lakshadweep. Agatti Island airport is the nearest airport to Kavaratti Island.

Tourism plays a significant role in the economy of this island. Hence, several resorts and hotels can be found in Kavaratti.

How to Reach Kavaratti Island

Tourists can also go on ship voyage to Kavaratti from Kochi. There are separate passenger ships for locals and tourists and it is an overnight journey from Kochi to Lakshadweep.

Kavaratti Island can also be reached through helicopters from Agatti Island.

Lakshadweep Islands is known for sea-food and has a variety of local dishes. Varieties of fishes and coconut are the integral park of Lakshadweep cuisine.

The scenic vistas of Kavaratti Island will have a soothing effect. Pristine beaches, beautiful lagoons, colourful marine life, corals and coconut grooves keep you engaged in Kavaratti. Well-preserved nature and the water activities makes it worthwhile to visit Kavaratti Island.

We hope you would get an opportunity to explore such a tranquil destination! Waiting for your feedbacks.

Comments
Read more about: water sports adventure beaches lakshadweep interesting facts
Other articles published on Sep 17, 2016
We use cookies to ensure that we give you the best experience on our website. This includes cookies from third party social media websites and ad networks. Such third party cookies may track your use on Nativeplanet sites for better rendering. Our partners use cookies to ensure we show you advertising that is relevant to you. If you continue without changing your settings, we'll assume that you are happy to receive all cookies on Nativeplanet website. However, you can change your cookie settings at any time. Learn more
Change Settings Continue