The Secret Paradise Of Pauri In Uttarakhand And Its Breathtaking Marvels 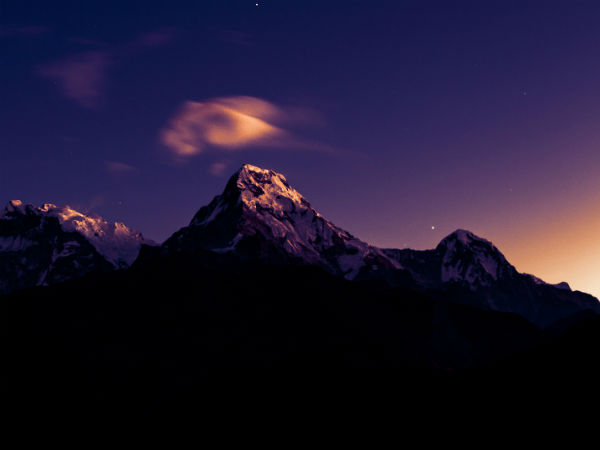 Uttarakhand is one of the preferable destinations in India when it comes to travellers looking forward to soothing their mind, body and soul amidst equanimity of nature. However, due to the increment in tourism here, most of the places remain flooded with tourists throughout the year. Hence, now people tend to visit unexplored destinations in this beautiful state.

Are you also looking for the same? If yes, then it is advisable to plan a tour of Pauri in Uttarakhand this season. Tucked away in the beautiful mountains of Uttarakhand in the Pauri Garhwal district, Pauri is a hidden paradise which is only popular amongst offbeat travellers, especially trekkers. Therefore, it is a perfect destination for those who avoid crowds.

With deodar forests, trekking trails, scenic viewpoints, camping sites and paragliding spots, this secret paradise will certainly astound you with its charming aura. So, if you are keen on exploring its undiscovered corners, then read on to know about its breathtaking marvels.

One of the most popular tourist attractions in Pauri, Kandoliya Temple is a highly revered religious site in the region, as it is dedicated to their local deity, Kandoliya Devta. Situated amidst forests and surrounded by sky-touching mountains, this beautiful temple is visited by millions of devotees every year. Even though the history of the temple is still unknown, it is said that the temple was constructed thousands of years ago by a great saint. So, do not forget to take the blessings of Kandoliya Devta once you are in Pauri.

A perfect place in Pauri to spend your day amidst flowers and a colourful environment, Khirsu is a small hamlet at a distance of about 15 km from the city centre and is known for its fruit orchards and flower fields. It also provides its tourists with the mesmerising views of the snow-capped mountains.

How about dawdling in the beautiful yards of Khirsu and savouring its colourful world? Sitting idly by these flower fields and treating your eyes to enchanting valleys would certainly be an unforgettable experience. So, when you are in and around the secret paradise of Pauri, do not forget to visit Khirsu.

Dedicated to Lord Shiva and built during the 8th century, Kyunkaleshwar Temple is one of the oldest-known temples in the state and hence, it is an important centre for tourists on account of its historical as well as religious significance. The temple is said to have been constructed by Adi Shankaracharya, a popular saint in Hinduism, and is also noticed for its commendable stonework.

Today, this ancient marvel of Pauri also houses a spiritual school where students from the surrounding regions come to learn about Vedas, Puranas and other Sanskrit texts. So, how about getting yourself to this marvellous place and learning about ancient texts?

As it is clear from the name, Nagdev Evergreen Forest is a stretch of evergreen forests with clean tracks which seem perfect for jogging and taking a stroll. How about waking up early in the morning and savouring the freshness of Pauri as you jog past its evergreen forests and witness misty mountains with a beautiful backdrop of the blue sky?

Certainly, it will help you produce a positive aura, which, in turn, will tranquilise your morning. Nagdev Evergreen Forest also hosts several sites for picnickers. You can laze by them and enjoy a relaxing time with your family and friends.

Nestled in the deep woods of oak trees, Chaukhamba View Point overlooks the surrounding valleys of Pauri, thereby, providing its visitors with a panoramic view of Chaukhamba Peak. If you are a photographer, then you must not miss visiting this beautiful point from where you can capture the best of natural beauty. Ever tried framing the grandeur of snow-clad peaks as they glow brilliantly during the time of dawn? If not, then Chaukhamba View Point is your calling.

Situated at an elevation of about 7300 feet, Tara Kund is a heaven for trekkers and hikers. From its top, you can enjoy the surreal beauty of the mountains and savour its heavenly appearance. The presence of a temple and a small pond makes it a perfect destination to take a break at. As it is frequented only by a few tourists, thereby, leaving its environment unblemished and composed, it is also an idyllic spot for people who look forward to spending a few hours in a lone world.

Comments
Read more about: india travel tourism uttarakhand garhwal mountains hills valleys weekend
Other articles published on Jul 6, 2018
We use cookies to ensure that we give you the best experience on our website. This includes cookies from third party social media websites and ad networks. Such third party cookies may track your use on Nativeplanet sites for better rendering. Our partners use cookies to ensure we show you advertising that is relevant to you. If you continue without changing your settings, we'll assume that you are happy to receive all cookies on Nativeplanet website. However, you can change your cookie settings at any time. Learn more
Change Settings Continue