The Mysterious Caves Of Son Bhandar 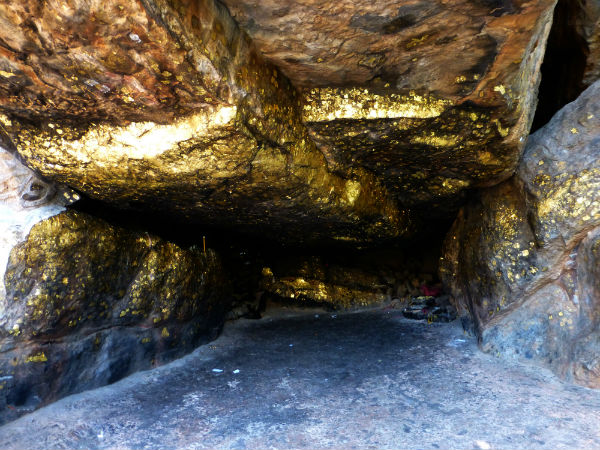 Caves have always been a subject that raise plenty of curiosity and a lot of interesting stories. Of late caves have large number of visitors, who come to these wonderful structures that are man-made or natural.

One such interesting structure is the Son Bhandar caves found at Rajgir in Bihar. The town of Rajgir is host to many events that are considered to be important in the history of the country. Buddha is said to have given sermons to Bimbisara, the King of the Magadha empire, at Rajgir.

The Son Bhandar caves are two rock cut caves that are located at the foot of the Vaibhar Hills. The caves were hollowed in the cliff of the hill during the 3rd and 4th century AD. Inscriptions found inside one of the caves narrates that the caves were constructed by the Jain saint Muni Vairadevi as an abode for the Jain ascetics during that time.

The Son Bhandar cave chambers are polished, which makes it one of the rare cave temples in the country to have this unusual feature. The cave resembles an early Mauryan rock cut sanctuary, which further increases the mysteriousness about the age of the caves.

There are more small inscriptions found both inside and outside the caves which dates back to the 5th and early 6th centuries, which are believed to be left behind by the pilgrims who visited this place.

It is also said that there was either an installation of Lord Vishnu, or there was a plan to install the idol in the cave. The said idol that was found at the entrance of cave, is currently in a museum in Nalanda.

The idol appears to be incomplete and uninstalled which throws hints that, the caves were used for the worship of Lord Vishnu.

The Store Of Gold

Son Bhandar in translation means the store of gold and a legend goes saying that there is treasure hidden in its walls. The cave is carved out to be a guard, which has a rectangular chamber, a vaulted ceiling that stands on the vertical wall which rises to a height of 1.5 m. This feature is found in the older Mauryan rock cut structures.

Going by the legends, the cave is said to have a passage, which would take you to a treasury of gold, although the entrance to this cave is hidden in such a manner that it still remains a mystery. The passage is said to be going through the Vaibhagiri mountain and would reach the Saptapami caves on the opposite side of the mountain ranges.

Some believe that this treasure belongs to Jarasandha, while a few say it belongs to Bimbisara. Going by Bimbisara's legend, it is said that when his son Ajatashatru restricted his father from the powers of a royal, his mother is said to have secretly hidden some wealth, which was later donated to a Tirthankara.

On the wall of the cave, there is a trace of carving which resembles that of a doorway and next to it is a 'difficult to understand' inscription in the Sankhilpi or Shell script.

It is said that this inscription is a password and the person who would read it could open the door and enter the passage. The same inscription has been found in Java and Burma and these too, have never been decoded.

One can also find a black mark above the mysterious doorway, the mark is that of a cannonball launched by the British, who tried to break the wall to enter the passage but remained as an unsuccessful attempt.