The Idiosyncratic Village Of Dhankar – Where Heaven Meets Earth 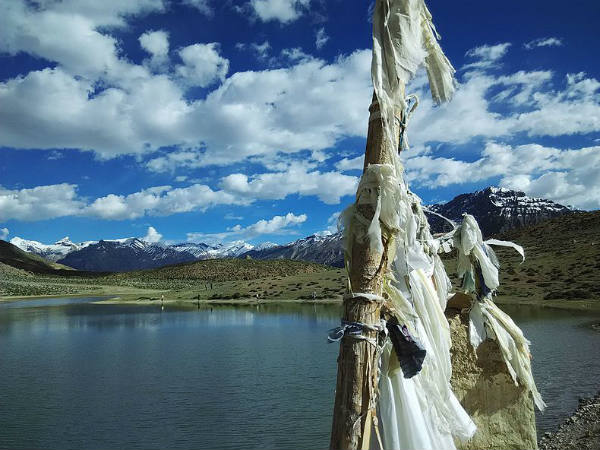 If you are looking forward to getting yourself to an unexplored destination, but running short of such places where you can literally feel serenity and calmness, then Dhankar is all here to make your weekends memorable. After all, it is one of the invaluable splendours of Himachal Pradesh. It is a cent percent guarantee that once you have set on this remarkable journey of exploring Dhankar and have explored its mesmerising spots, you will be reluctant to leave its boundaries.

Are you hunting for such places only? Well, if yes, then you are in the right spot. Read on to know more about the idiosyncratic village of Dhankar in Himachal Pradesh and find out everything about its location, surroundings and tourist spots.

On account of its favourable climate throughout the year, Dhankar is a year-round destination. However, it is advisable to avoid visiting this hidden village during the winter seasons, as the winters are extremely cold here. The best time to visit Dhankar is from May until the end of September.

The Location And Surroundings Of Dhankar

Tucked in the beautiful valley of Spiti and Lahaul districts, Dhankar is an enthralling village which is popular amongst locals for Dhankar Monastery, which is one of the oldest and highly revered monasteries in the region and is located on a cliff overlooking the gorgeous settlements.

Dhankar is situated on the banks of Spiti river near the confluence of Spiti and Pin rivers at an elevation of more than 12000 feet. Doesn't it seem like an enchanting beauty sprawling in the expanse of heaven?

It is also characterised by sky-touching mountains, a deep valley and several scenic points. The village houses about 68 families. Once, it was the capital city of Spiti Valley, but today, it is a secluded tourist spot which is only popular amongst unconventional travellers.

Why You Should Visit Dhankar

The major reason why every traveller must plan a tour of this stainless beauty lies in its unblemished environment and peaceful atmosphere. Therefore, it is mainly visited by those who always look forward to exploring secret places.

Also, let us tell you that Dhankar is not only confined to Dhankar monastery and a pleasant climate, but there is a lot more which needs to be explored while in and around this pristine hamlet. Dhankar Lake and Pin Valley National Park are certain other spots which can be savoured.

By the way, did you know Dhankar Monastery has been listed as one of the 100 most endangered sites in the world? Isn't it heartbreaking? So, if you do not want to regret your decision to explore it later, plan a tour of this secret village now.

How To Reach Dhankar

By Air: The best way to reach Dhankar by air is to take a flight to Kullu-Manali Airport and then from there, a cab to Dhankar. The distance between the airport and Dhankar is 285 km.

By Rail: The nearest railway station from Dhankar is located in Joginder Nagar at a distance of about 400 km and therefore, it is not a preferred mode of transport.

Comments
Read more about: india travel tourism summer spiti valleys hills lakes weekend
Other articles published on Jul 31, 2018
We use cookies to ensure that we give you the best experience on our website. This includes cookies from third party social media websites and ad networks. Such third party cookies may track your use on Nativeplanet sites for better rendering. Our partners use cookies to ensure we show you advertising that is relevant to you. If you continue without changing your settings, we'll assume that you are happy to receive all cookies on Nativeplanet website. However, you can change your cookie settings at any time. Learn more
Change Settings Continue