The Arizona Trail – Best Mountain Biking Trail In The World 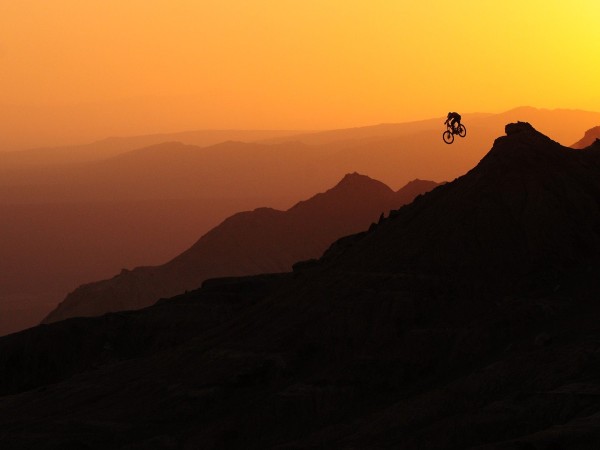 Ambitious mountain biker? Be one of the first to cycle the newly signed Arizona Trail, designed to provide a physical challenge even as it showcases the widest possible variety of terrain and ecosystems (including lung-busting mountains!), together with Arizona's cultural and historic diversity. The idea is to keep things is a rough, tough adventure that will take you through some of the most rugged and spectacular scenery in western America. Ready, steady, pedal...

The trail begins at the Coronado National Memorial near the Mexican border and goes north through the Huachuca, Santa Tita and Rincon Mountains. Before you can draw breath, you'll be in the Santa Catalina Mountains north of Tuscon, then the Mazatzals. But there's more climbing in store, into the San Francisco Peaks. At last, there's easier going - the Coconino Plateau and the final Kaibab Plateau stretch to the Arizona-Utah border. Job done!

Actually, it's not that simple, which is good news and bad news. The bad news is that the Arizona Trail is still under development, and only some 1,207 km (750 mi) of the proposed travel from beginning to end. There are short breaks in Saguaro National Park, Boyce Thompson Arboretum State Park, Kaibab National Forest and approaching the Grand Canyon. The good news is that the Arizona Tail incorporates many established trails, so it is possible to pick and choose rewarding sections without doing the whole thing.

One thing's for sure - you won't see much human habitation. Apart from the tiny town of Patagonia shortly after starting, the only other place on the trail is Flagstaff, and even there you can take a detour.

September to June to avoid the hottest months

The Coronado National Memorial celebrates the first European expedition to southwestern America, by Francisco Vasquez de Coronado in 1540, so the Trail follows in the hoof prints of conquistadors.